Today, I went to walk through Lincoln Inn and the fields and Gray's Inn, then went to the Sir John Soanes Museum, and finally, back to the British Museum to specially visit the Treasures of Heaven exhibit.

My thanks to those who suggested the Soanes Museum, I never would have found it without the suggestions, but it was well worth the time. Soanes was an architect, and the Museum is notable for a couple things. First, he has bunches of cool Hogarth paintings, including the series the Rake's Progress, which I got to see. The paintings are in a paintings room where there are moveable panels with paintings hung on the backs, and on the front of the next area, and such, and the Rake's Progress are behind one of the panels, but the guard was showing folks, so I got to see.

Second, Soane was an architect, and collected all sorts of architectural models, bits of building decorations, plaster casts, and even the Sarcophagus of Seti I. And through much of the house (which is really three Georgian houses combined now, with additions on the back parts), these things are all over, just all over. (If this museum ever gets together with the Victoria and Albert, there will be a singularity of clutter.)

Third, since Soane was an architect, and a successful one, he built additions onto his house, and then bought up the yard of the next house over to build in, and so on. And he does amazing things with natural light in the spaces he built. There are rooms with a floor above them, but because he's arranged the lighting so well, the natural light is perfectly fine during the day. (Some rooms didn't seem to have artificial lighting lit that I could tell.) It really shows what you can do with well-placed windows (he had some early plate glass ones) and skylight dome thingies.

The Inns of Court, well, I had to visit a couple of these, right? I'm not sure I need to visit the other two, but we'll see. Maybe I'll decide to. I was surprised that I could walk around inside the walls (though not in the buildings). But coolness. Think of all those students from the Inns who went to plays! And the plays written and performed for the Inns' celebrations!

But the relics. The relics. Mostly, there were a lot of reliquaries, many empty, and lots of incredible stuff associated with relics and relic practices.

Best part: I saw a vernicle! (That's a pilgrim's badge representing Veronica holding the cloth with the image of Jesus that appeared after she wiped his face with the cloth. The cloth itself is at Rome, so it was a badge a pilgrim could get when they visited Rome. Sort of like those National Park things people stick on their walking sticks.) 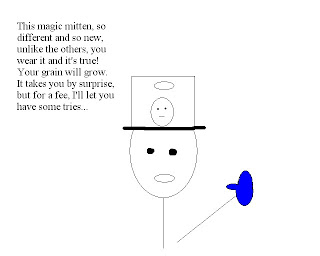 No doubt, you're immediately remembering my stunningly relistic portrait of Chaucer's Pardoner, with the Vernycle on his hat! I thought you would! And now I've seen a real one. (And also badges for Santiago, Jerusalem, and Canterbury!)

Gosh, maybe I should offer to let the British Museum display my picture, so that people will make the connection to Chaucer's pilgrims?

Towards the end of the exhibit, there were several reliquaries with relics of the True Cross (they always capitalize it) and thorns from the crown. The pieces of the cross are always tiny, which surprised me, somehow.

One of the interesting points the exhibit made was that Jesus being resurected meant that there weren't any body parts you could use as relics, except his umbilicus (there was an empty reliquary for that! It showed Jesus as a baby on Mary's lap, and where his belly button would have been was a little red glass? container for the relic! Wonderful) and of course, the multiple foreskins (though the exhibit didn't mention them). There was also a reliquary for manger bits, as if someone had thought to put the manger in their attic, just in case this little baby became important!

And then there were reliquaries with multiple relics, mostly wrapped in a bit of cloth with a vellum or parchment label. You couldn't actually see the relics (except for the cross and thorn pieces, and one supposed skull bit from Thomas Kemp, which were displayed in crystal containers), but only the bit of cloth wrapping and the label (which I couldn't read, but I'm worse than bad at medieval scripts).

And that got me to thinking about what it would take to convince someone that something was really a relic. Chaucer's characters' reactions to the Pardoner give a sense that regular folks could have doubts about the veracity of someone purporting to have a relic.

And then, once you get more than a couple relics in a single reliquary, the importance of naming or seeing any individual one (unless it's a bit of the cross or a thorn) seems to get very low. Now maybe that's just the display, but I would think if I had a piece of St. So and Such, I'd put it on the display card, even in a list, so that people would know. But it's as if at a certain point, St. So and Such just really isn't that important, even though s/he may have a Cathedral or attested miracles "back home."

Finally, there was a small display of secular relic stuff, led, as you'd expect for London, by a lock of Charles I's hair. And other memorial rings and stuff remembering him. (Charles I is way bigger in London than he was in my imagination, I think because of the Restoration and Great Fire and stuff. But then, once the theaters close, my imagination tended to stop.)