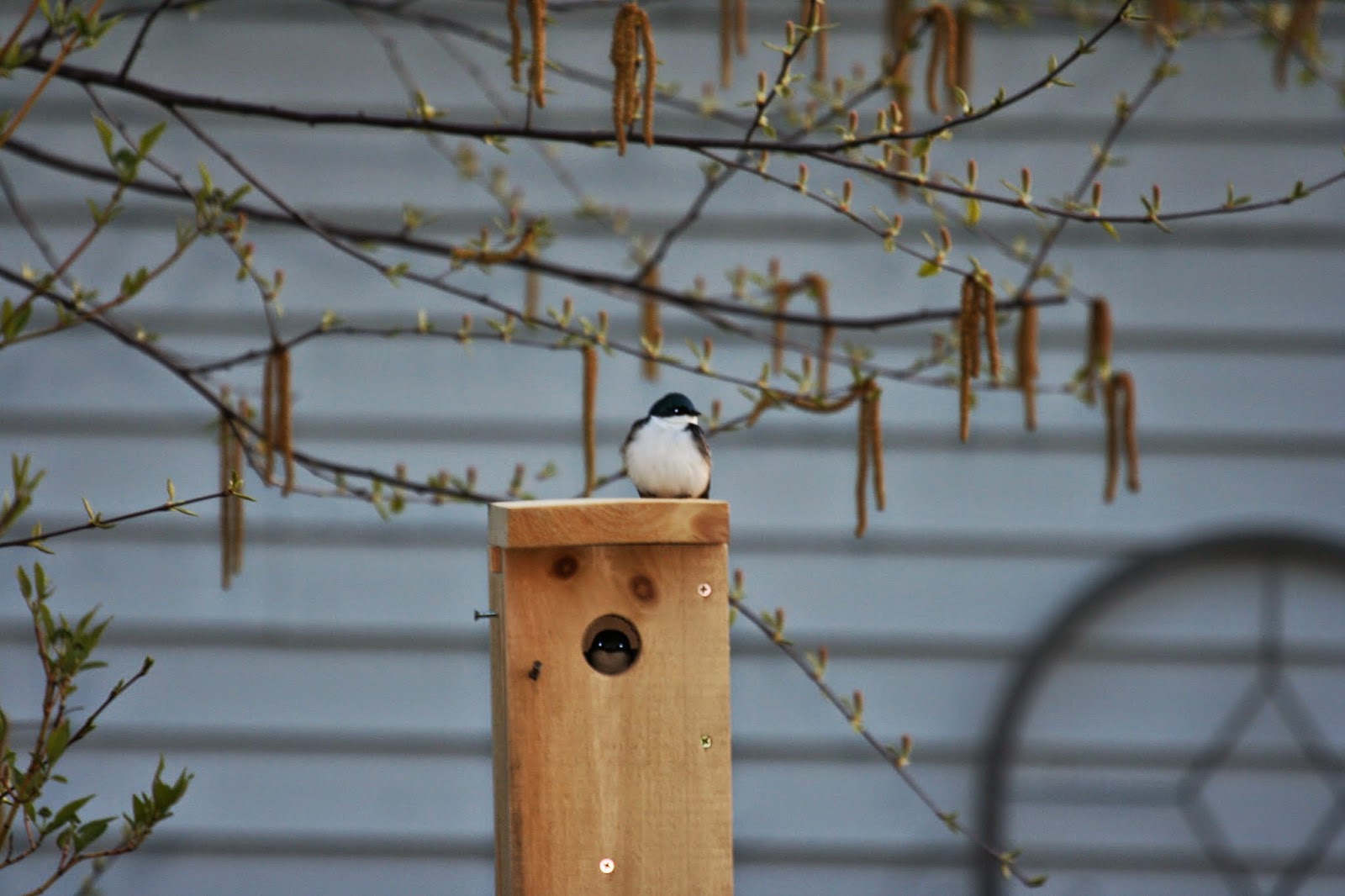 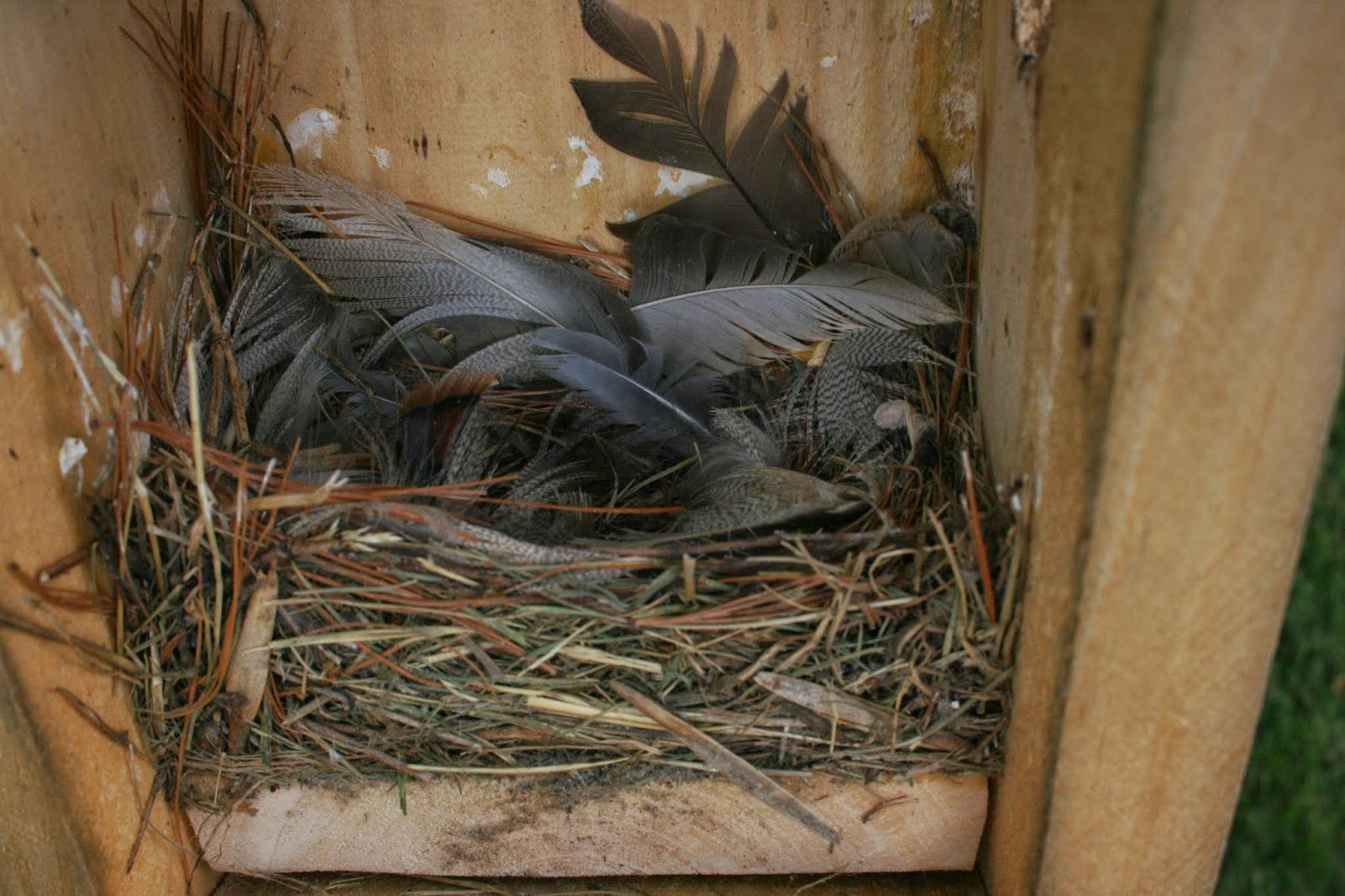 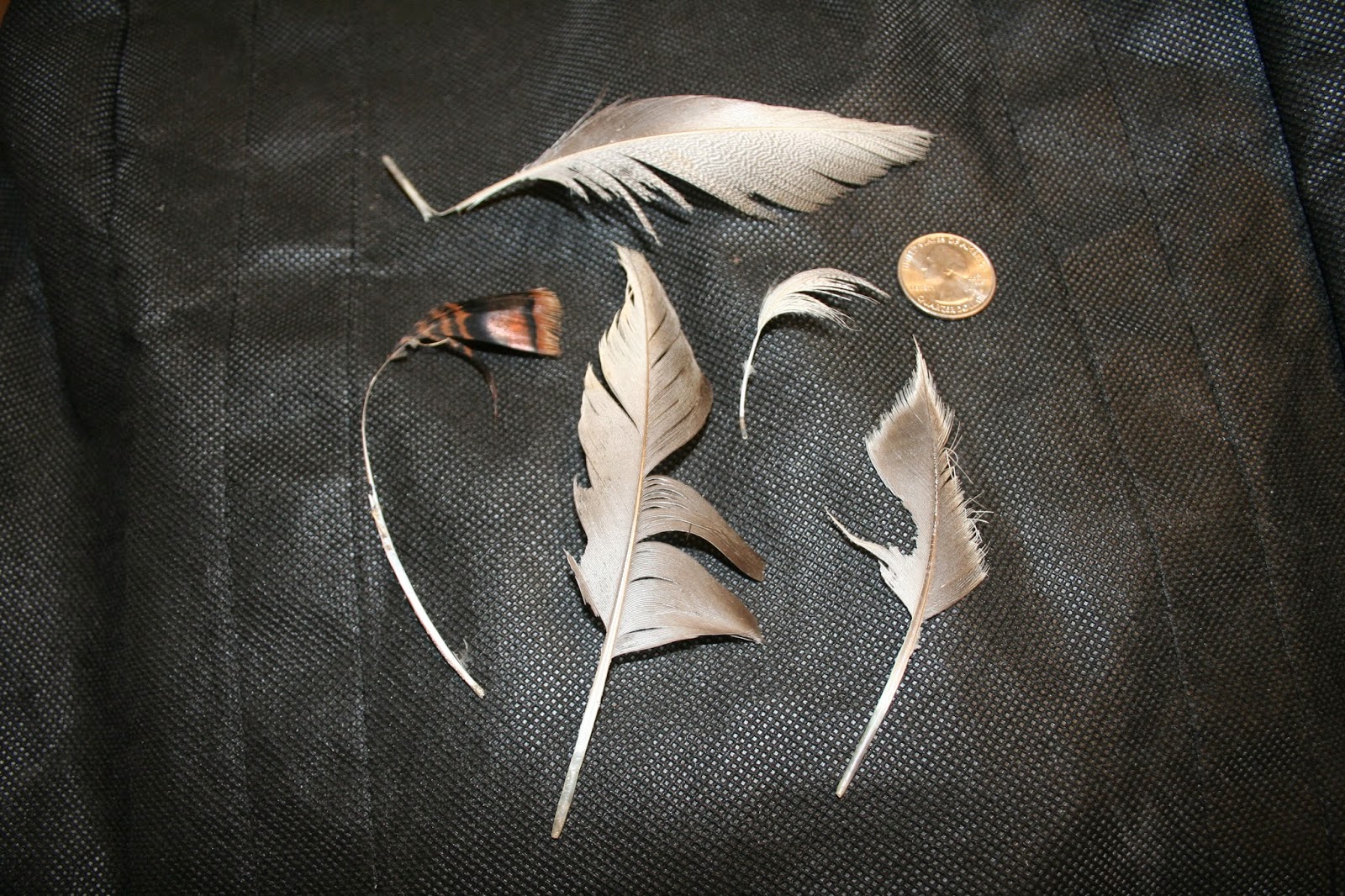 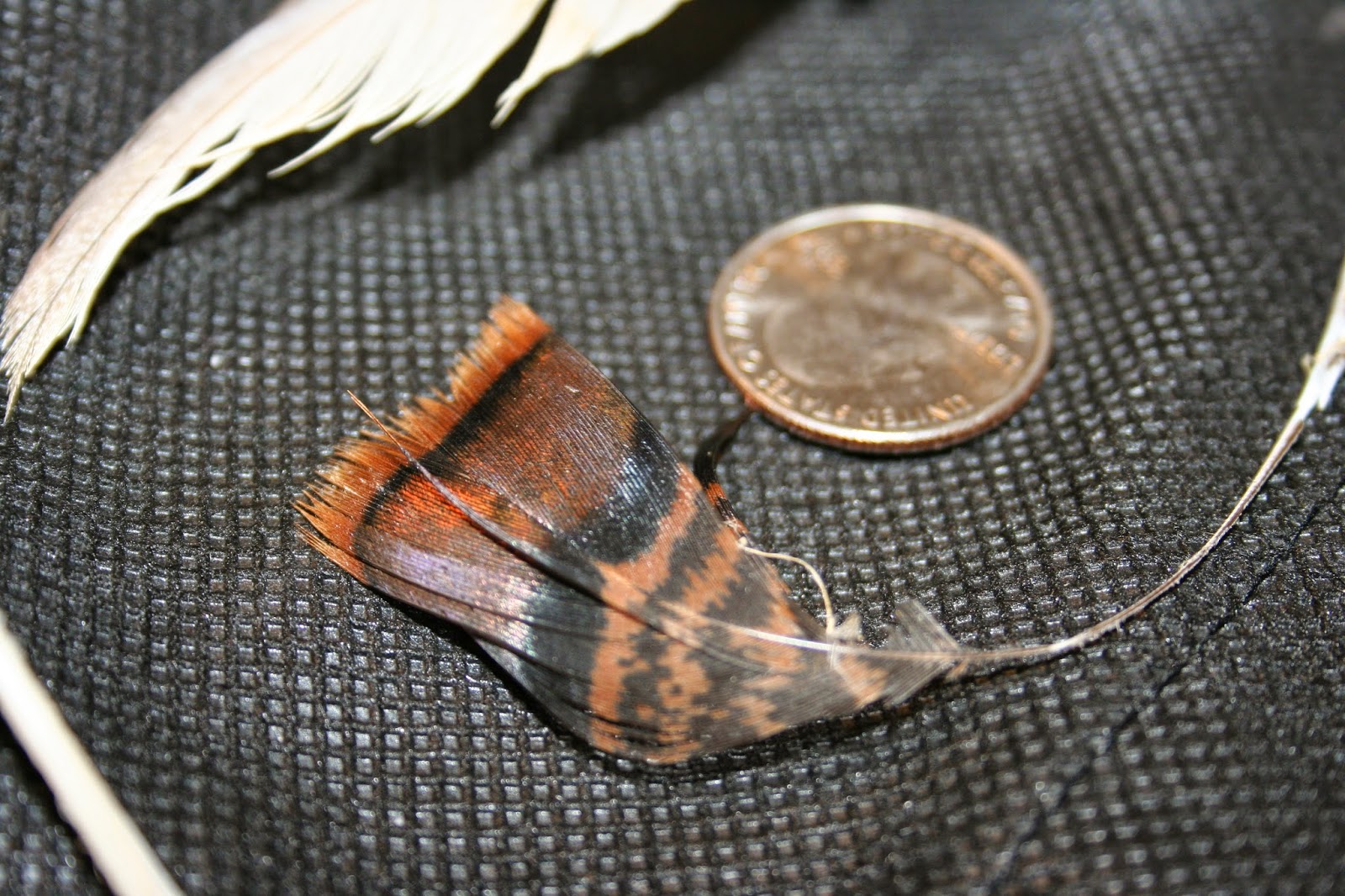 I've used a US quarter coin for size comparison.  (And I returned the feathers to the yard on the chance that they're raptor feathers.)
It's impressive to me that such tiny birds find and use such big feathers in their nests!  ﻿
Posted by Bardiac at 8:21 AM No comments:

Hurray for the Bodleian!

Amidst the doom and gloom (aplenty here in the northwoods), here's great news from the Bodleian Library, in cooperation with the University of Michigan (credit where credit is due)!

Click that link and you're taken to an article about how the Bodleian and U of Michigan are making early texts available to the public for free!

From my short exploration, it looks like you can get full access to keyboarded and coded editions (is there a better term?) of the texts in modern fonts.  So, texts that haven't been keyboarded, you can't see more than the bibliographic information.

So, if what you're after is the "content" coded in the words, this is fantastic!  It's way easier for most of us to read modern fonts than, say, black letter fonts.  That's especially true when the digital versions are hard to read.

Here's a link to the actual resource hosted at the U of Michigan.  I was able to search right off the bat, and then encouraged to make a guest account to have full access.  I made a guest account (email address and password), and was able to look at a text that was keyboarded, but not one that wasn't keyboarded.

So, basically, this has a lot of the good parts of EEBO without the expense.   You don't get to see digitized images, but for most uses, this is exactly what people need most!

I say, hurray for the Bodleian and the U of Michigan!  This is a boon to book lovers!  Thank you!

For Want of a Nail

I read a blog by a parent of a family who was really hit hard by the economic downturn.  They started pretty upper middle-class, but a series of disasters, mistakes, and so forth hit.  And when I say "mistakes" I really mean decisions which seemed reasonable, but then turned out badly.

So often, the "mistake" decisions are driven by trying to do something cheaply, and then having to pay more in the end, if that makes sense.  So, you have an oil leak in your car, but can't afford to get it fixed, so you add oil, but then the leak is worse, and the oil runs out, and the engine seizes, and suddenly you need a whole new rebuilt engine.  (That's not an example from the blog, just something I made up.)

It gets me thinking how very much on the margin people are these days, and how very fortunate I am not to be so much.

My car's check engine light has been going on forever.  I keep getting it read, and then they see that it's a catalytic converter thing, and they do some adjustment, and it's off for a while, and then I drive more than 100 miles, and it turns on, and I stress out, and so on.  The first time it went on, I remember distinctly because I was going out to look for snowy owls with a friend last winter, and we turned around, went back to my house, and used her car instead.  And then I took my car in, and the thing started.  I've heard that you just shouldn't worry about the check engine light, but I find it very stressful.  I'd avoided going on some birding drives last summer because I was worried about driving in the boonies with the light on and maybe breaking down.

So I recently got it fixed for real.  It cost money, but I chose to spend the money that way rather than in one or another other way because the idea of driving very far was increasingly stressful with the light coming on.  (I've since driven over 100 miles a couple of times, and it hasn't come on.)  And now, hopefully, I won't have the stress of having it come on, or the potential problems, or need to take it to the shop every couple of months to get it checked.

While I've done some things right, yes, the truth is that without all the nails in horseshoes and such that my parents provided (in part because a set of grandparents could also provide, and so on), I wouldn't be here today, no matter how much I'd done right, and wouldn't be able to get my car fixed, and so on.

Up here in the northwoods, things are looking very ugly economically, and I see a future in which a lot more people are going to have the stress of having check engine lights on, or oil leaks, and they're just not going to be able to afford to take care of these things without them getting way worse.
Posted by Bardiac at 9:23 AM 3 comments:

I had a bout of existential dread yesterday afternoon.  I think it was in good part from feeling that I haven't accomplished enough this break, and classes starting today.  (I have accomplished a good deal this break, but much of it isn't work related, though it was good and I'm very glad I did it.)  In lesser part, I think I was also feeling a bit overwhelmed by household clutter.  I'm a dreadful clutterer.  I have several piles of books on my dining table, and piles on my office desk.  Or had.

I got rid of the angst by redding up (red upping?) my house, especially my office.  I put books on a shelf, put financial stuff in the right envelop (for the tax year, so that it will be ready and easy to find when I do my taxes), put car stuff away, and in general just red up the house (redded?)

I always think of the decluttering process as "redding"; when I was a kid, my Mom would tell me to "red up my room" or say she was going to "red up" the kitchen.

The problem with "red" is that I'm never sure how to use it in any sort of past tense (or whatever the tenses are called by those who have real names for them).

I red up my room?

I redded up my room?

I red upped my room?

Which sounds right for when I did it yesterday?

Who else uses "red" to talk about decluttering?


At any rate, my office now looks quite a bit less cluttered, and so does my dining table, and the kitchen counter, and for some reason, that helped my dread ease.  I am slightly better prepared for the beginning of the semester, because I was pretty much prepared before the dread set in, and now I'm a little more organized, and that's to the good.

Our semester begins today.  So for those who started last week or before (or who are on quarters, and so a third done), I hope your term's going well.  And for those who start today, good luck, and happy work ahead!
Posted by Bardiac at 6:36 AM 16 comments:

And Then I Saw This One