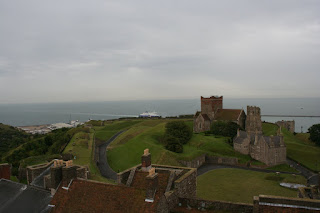 My time in London is coming to an end. Yesterday, I went to Dover. It was raining pretty much the whole time, which limited my picture taking, and probably my enthusiasm. 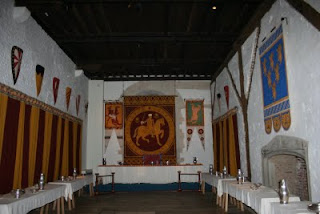 The keep part really does feel like a medieval castle in the fairy tale way. It's made up to look like it could be a 12th century movie set or something, yet it also feels emptyish. Unlike Windsor, it doesn't feel lively, and I missed that. 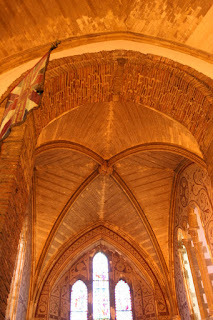 The best part was the Saxon church and the Roman lighthouse thing next to it. This picture's too bright, alas, but you can at least see brickwork and mosaic looking walls a bit. I don't know how much (if any) is original, but I'm pretty certain the wooden part isn't.

Today, I went to the Harry Potter platform thingy at King's Cross. There were signs all pointing to it, and a line, which meant I couldn't just get a clear shot. 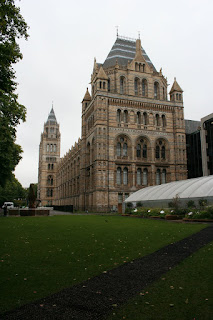 Then I went to the Natural History Museum. It was a mistake. I used to love the local Natural History Museum when I was a kid, but the last time and this time, I just found all the taxidermed animals and birds utterly depressing. As I was there, looking at the stuffed birds, I remembered feeling the same way the last time I went to a natural history sort of museum, but I hadn't remembered it until then. I wish I hadn't gone; I kept thinking that I should have gone back to the Banqueting House or Pauls. The building is stunning in that Victorian over-embellished way. 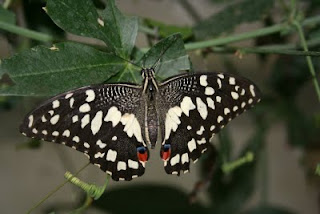 As I left, though, I went to the butterfly house. For one thing, it was beautifully warm, which makes everything better. And for the other, the butterflies were beautiful, fluttering around all over the flowers and foliage. It was relaxing. Even the kids were quieter somehow. 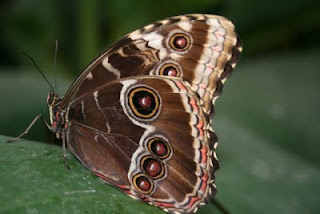 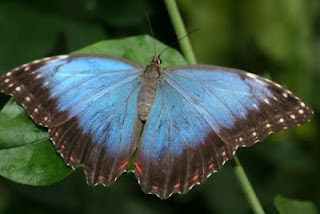 Tomorrow, I head off to my next adventure. It's time. I'm pretty London'd out right now.

I think I've discovered to my disappointment that I'm not really a city person. Nor am I a rural person. I'm a suburban person, neither here nor there. The thing is, I don't like being a suburban person. But there it is.