I went for vacation on a trip to Bryce, The Grand Canyon, and Zion, and it was good, very, very good.  Amazing, in fact.

First, the smell.  OMG, the wonderful smell of western fir and ponderosa pine forests.  Forests here just don't smell quite the same, but that western smell fills my heart. 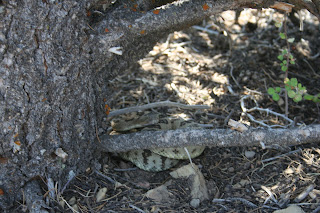 We started at the northern part of Zion, at Kolob Canyon, and took a walk along the path, and saw our first wildlife, a beautiful snake.  I decided not to pet it.  I like to respect wildlife like that. 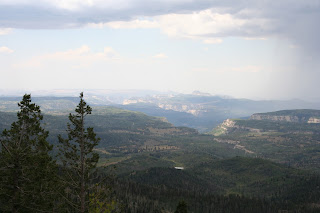 You can see rain off in the distance at the right of the picture.

From there, we went to Bryce, which, did you know, isn't actually a canyon?  That's what I learned.

Nonetheless, sunrise the next morning was spectacular! 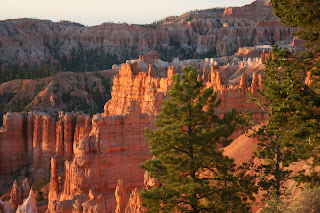 I took some pictures into the sun, but it would be better to get the sun rising behind you, I think. 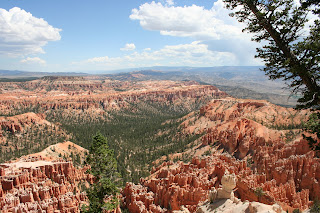 The views are just so stunning, aren't they? 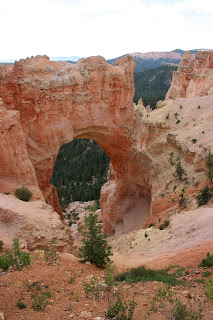 Bryce is known for something called "hoodoos" which are these towery geologic formations that happen when water freezes and melts and refreezes a lot during winter, forcing tiny cracks apart with the amazing strength of that ice formation.  At least, that's what we were told.  They don't form (so I'm told) where the water is just frozen all winter, but only where there's freezing and melting again and again.

That was our first and second days.  We spent the nights in cabins at Bryce Lodge, and they were perfection.  They're comfortable, have indoor plumbing, and are a great size for a couple people to share.

I'll post photos from the third day before long.
Posted by Bardiac at 5:47 PM