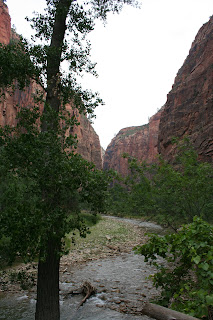 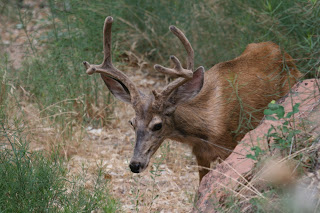 My Mom and I took a shuttle around, and the next morning went up to the end of the shuttle ride, and did the first part of the "Riverside Walk."  (The second part, the part where you walk in the river and go through the narrows, we didn't do.) 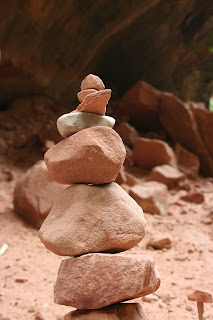 Where the Riverside Trail ends and the narrows begin, folks have done some stone/rock piling.  Way cool! 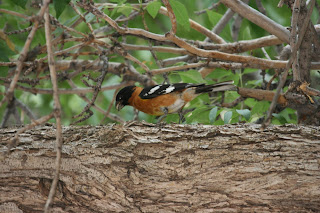 I saw my first black-headed grosbeak! 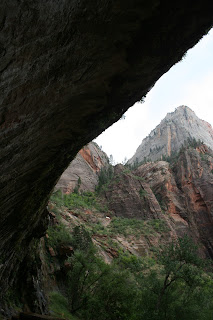 Then we went on to Weeping Rock, which is this overhang place where the aquifer basically seeps out of the rocks, making it slightly damp all the time.  Since it was drizzling lightly at this point, it was actually dryer under the weeping rock than not. 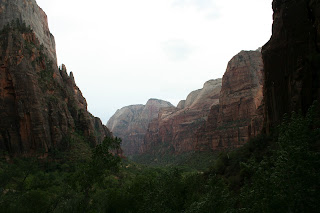 And that ends my visit to Zion Canyon.

I highly recommend it!  And Bryce!  And the North Rim of the Grand Canyon!

If you've got a hankering to go on a guided tour of places, I'd recommend looking into National Geographic and/or Backroads.  Both were great to deal with.

Later, on to other stuff!