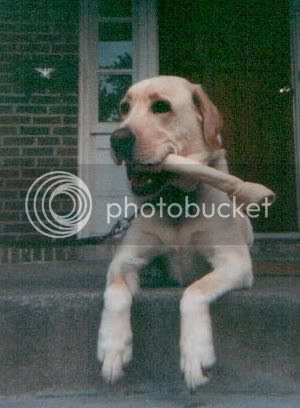 May's been a tough month for me for a long time. Professionally, of course, it's finals time, and I'm buried in grading.
But before I knew anything of grading, May was the month C died. With C's death, I lost one of the wisest friends I've ever known, someone who made me realize there was a level of understanding so far beyond my own I could hardly imagine. It's been more than 20 years now, and still, some of the memories are so sharp, the memories of the stones in the walkway from the hospital when M and I left after visiting for the last time, the smell in the room, the mere thought of which nauseates me.
And May is the month I put my Packboy to "sleep." He was old, and in pain, and probably more ready than I was. I miss the total joy and anticipation with which he greeted every door, expecting something wonderful just beyond, no matter what or where the door was. I miss the way he most loved to drink from a river when he was in it up to his neck, and the way he loved to go for walks. I miss driving everywhere with him, coming back from whatever errand to find him in the driver's seat of the car looking out the window as if it were his turn to drive.
He traveled across country four times, once by plane, three times with me in the car. It's a pain in some ways to travel with a dog, but also a special pleasure. Each stop is a new adventure and there's always some child who really wants to pet the dog; he was the perfect dog for kids to pet, reliable, gentle, big enough to seem to encourage hugs, and totally happy to make a friend.
He was one of those dogs who knew he was a dog, and figured people were just inadequate dogs who somehow managed to control access to food and to open and close doors. He didn't choose to come live with me, but he accepted me when people made the decision for him.
I've never had such a mutual relationship with a dog, never had a sense that the dog felt responsible for me, and depended on me at the same time. The relationship was a pack more than a family, on his terms, and it worked for me, too. I was honored to be his pack leader, even if I was woefully inadequate at peeing appropriately or keeping loud storm noises at bay.
If I were half the person he was a dog, or half the person he thought I was, I'd be a really good person.
Something today reminded me of the Mayness, and I'm sad as if it were 20 years ago, or two.
Posted by Bardiac at 1:04 AM