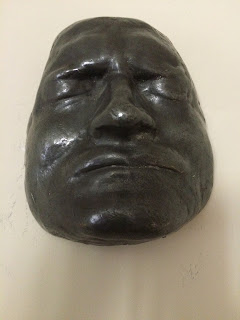 Woolsthorpe (the link is to the National Trust site) is amazing.  It's where Isaac Newton was born, and where he lived for a few years before being sent off to school.  But when he finished his undergraduate degree at Cambridge, the plague was bad, and he (I'm told) returned to Woolsthorpe for about 18 months.  And later, he credited those 18 months with helping him make the discoveries he made about gravity and the light spectrum.

He lived much of his adult life away, though he owned Woolsthorpe.  But his death mask (or a copy, anyway), made it back.  Death masks are very weirdly fascinating. 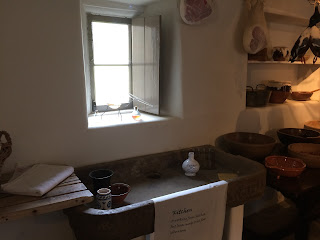 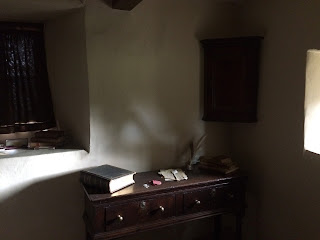 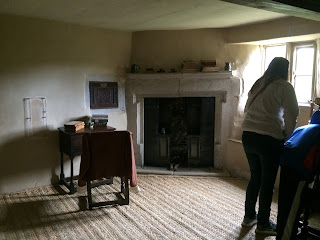 Here's the room where he supposedly did lots of his work. 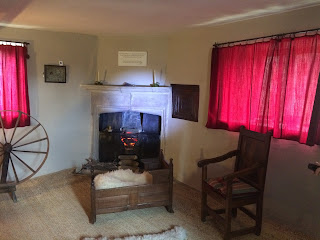 And the room where he was born.  (None of the furniture is from when he was at the house.) 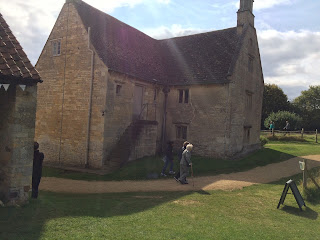 Here's a back view of the house.  On the left is one of the outbuildings for farming stuffs. 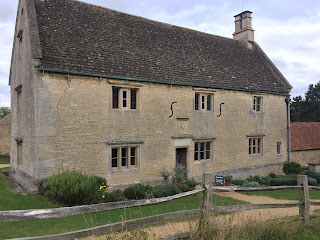 And here's the front, facing onto the fabled orchard.  See the S things?  I'm told they're ties, and attached to long bars that go through the structure, and so keep the walls from bulging out from age and weight.  (And so says Wikipedia!) 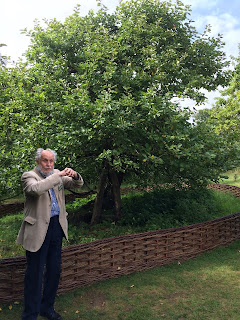 I have to say, walking where Isaac Newton walked, seeing where he may have scrawled on walls, being where he was, that was incredible.  Mind blowing, even.

I'd recommend Woolsthorpe for a half day visit, for sure.  It's really fun!
Posted by Bardiac at 8:55 AM