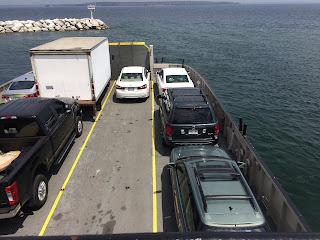 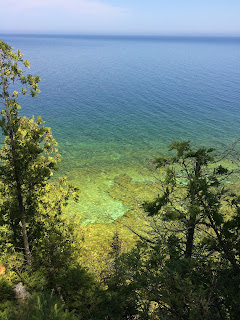 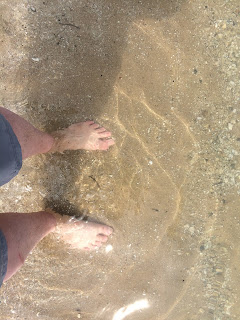 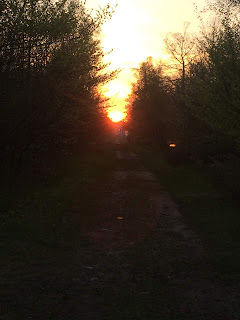 Posted by Bardiac at 12:41 PM 5 comments: Links to this post

Out of Grading Jail

I'm now officially on sabbatical!  66 weeks of adventure, work, and not teaching!

I'm going backpacking (lite) this weekend; the campsite is on an island that you get to by ferry, and then walk for a mile or so.  From there, my friend and I will camp, walk around, read, maybe swim, and just relax.

It's the first adventure of the sabbatical!
Posted by Bardiac at 8:30 AM 5 comments: Links to this post

Email ThisBlogThis!Share to TwitterShare to FacebookShare to Pinterest
Labels: Sabbatical

I have spring fever, but almost no grading this weekend, just sunshine, violin practice, and some reading!

And housework, lots of housework!

In violin news, Strings passed me on the first piece in Book 4, so now I'll focus on the second piece, on shifting practice, vibrato practice, double stop practice, and trying not to hold my hands so tightly!

I'm thrilled to be done with that piece, but also, I was just getting to like it again.  A couple of weeks ago, Strings started me on the second piece, and I was balancing both, and it was just what I needed to deal with my frustrations with the first piece and really work through the hard parts more effectively.  I'm so lucky to have such a good teacher!
Posted by Bardiac at 11:50 AM 1 comment: Links to this post

The semester's almost over.  6 teaching days left (for me), plus three finals, and then a lot of grading.

But for this moment, there's no grading to do.  I just turned back two big assignments recently, and will have still to grade:

Meanwhile, there's plenty to do, and spring fever is making me inefficient.

I need to finish rereading a book to teach it.
I need to write a final exam.  (Only one, though!)

And I need to put my house back together after all the painting, put art back up, clean it thoroughly, and get it ready for my Mom to visit.

I need to find a graduation present for my nephew (college, engineering).  Ideas??

In other news: yesterday, I saw a Redpoll at my house, and four Pine Siskins.  I've also had first of year White Throated Sparrows, Common Grackles.  The Robins and American Goldfinches are wildly abundant.

Spring has come!
Posted by Bardiac at 10:13 AM No comments: Links to this post