This past Friday, I went to Hadrian's Wall.  I went up to Newcastle upon Tyne on Thursday evening, and stayed at one of those hotels that's totally confusing.  It's sort of hidden away (I found it by chance), and then it's labyrinthian inside.  You go up a flight, down a half flight, over, up another two flights, and so on.  But my room was roomy and comfortable, with windows that opened and good drapes, and a comfortable bed.

The best way I could figure out was to take a train from Newcastle to Hexham, and from the train station bus stop there, get on a bus that goes out to Haltwhistle, stopping along the way a bunch.  I got a day pass for about 12 quid, and off I went.

My first stop was at Chesters Roman Fort.  I bought myself a membership in English Heritage for 54 quid.  Let's see if it's worth it for the length of my visit.  (6.60 pounds entry at Chesters.) 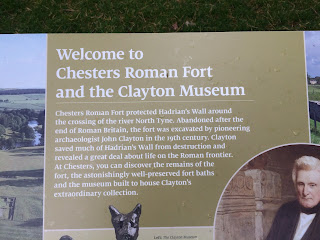 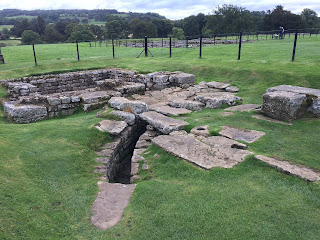 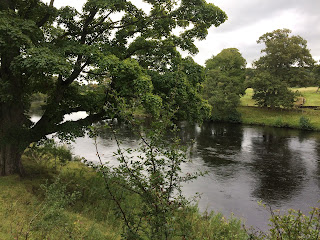 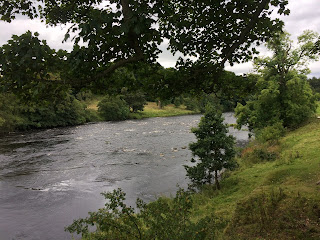 Roman Baths.  When I'd done walking around, I asked at the information desk about the ruins.  I was thinking that they'd sort of been rebuilt, with modern cement and such.  But no, what's there has been dug up, but the cement is Roman.  And the structures are what survived (partly covered with erosion and such over time).  This blows me away. 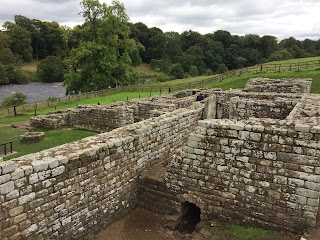 A phallic symbol in the main courtyard.  Naturally. 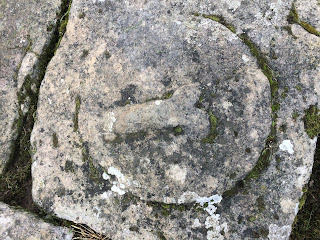 So this vault, this has survived for about 2000 years.  Mind blown. 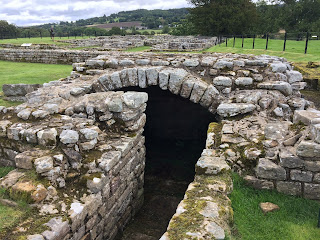 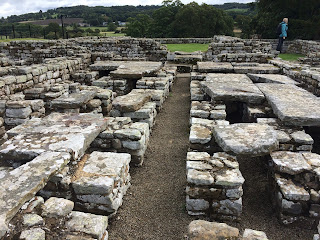 So that was Chesters Roman Fort.  Really interesting!  Well worth a visit.

Then I got back on the bus and went to Housesteads Roman Fort (7.5 pounds).  Maybe even cooler than Chesters Roman Fort.  At any rate, right up there! 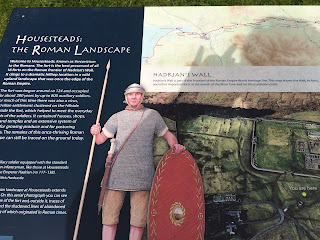 I saw this beautiful butterfly warming itself in the sun. 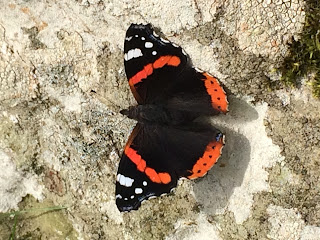 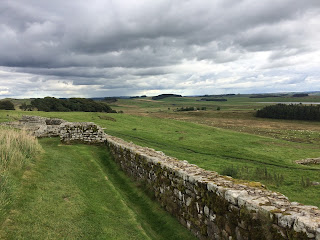 The latrines!  Probably an 8 on my scale when they still worked.  Really interesting! 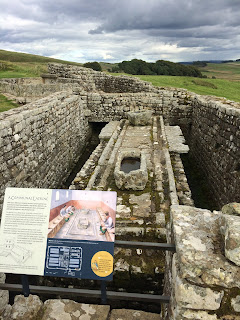 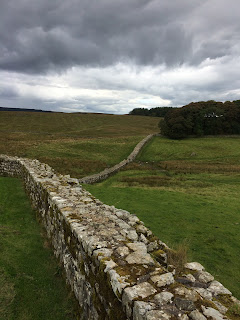 It's like you can see and see a long way! 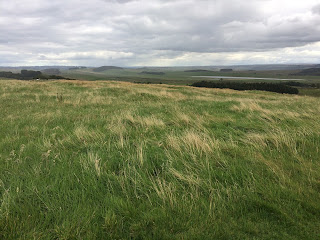 Clouds looming.  It drizzled a little, but only a little. 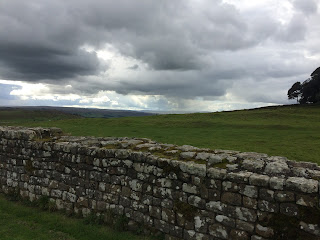 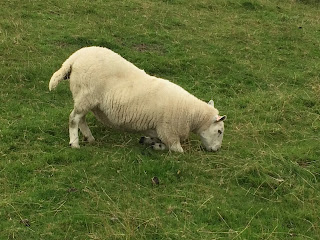 I went out to wait for the bus, and saw a couple of birds, which I've posted on a facebook group for help identifying. 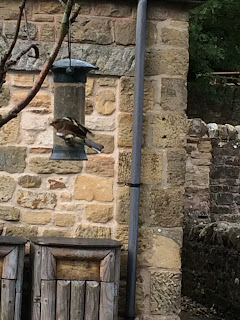 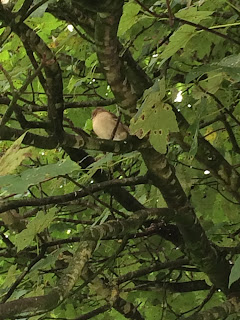 Then I got back on the bus; the day was running down, and I needed to choose between Vindolanda and the Roman Army Museum.  I chose the museum and was amused by this sign: 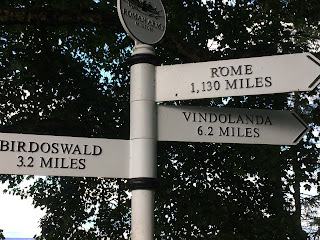 The Roman Army Museum was so so.  Maybe I was just tired, but it seemed aimed at kids more than adults, and reminded me of the Viking museum at York, but less full in some ways.

Finally, I took the bus all the way back to the train station at Hexham, and headed back to Newcastle. 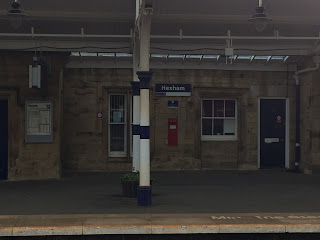 All in all, this was a really interesting day out!