One of the highlights of my visit to Pennsylvania was visiting Gettysburg.  I mostly didn't find it as emotional as, say, the Little Bighorn Battlefield National Monument.  And then I went to the cemetery, and that was pretty emotional.  So many young men, so very many young men.

We spent two days there; the first we took one of the tours, watched the movie, went through the museum, and drove around a bit.  The second we went back on the auto tour, went to the cemetery, and went through the house in town where Lincoln stayed and learned about that.

Before the second day, my Mom had texted me that my Great Grandmother Blanche's uncle had been at Gettysburg, and killed in action shortly after.  So we asked the ranger how we'd find out where he'd fought and stuff. 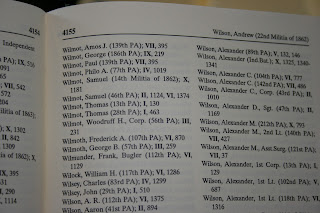 (My great, great uncle is the second Samuel Wilmot on the list, who was in the 46th Pennsylvania Infantry.)

The ranger was fantastic, and looked him up (I knew he'd been in a Pennsylvania regiment and his name), and she was able to tell me that he'd enlisted in July, 1563, AFTER Gettysburg, and been killed in Georgia on 20 July 1864 (she told me where he's buried), I guess part of Sherman's army. 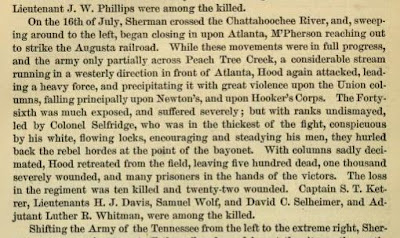 But the regiment he joined had fought at Gettysburg; she was able to show me on a map where their monument is, and showed me a picture so we could find it.  And we went to look.  They were on Culp's Hill.  Here's their monument. 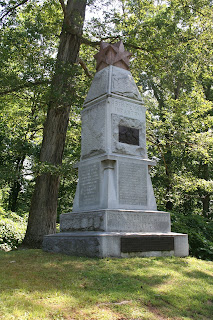 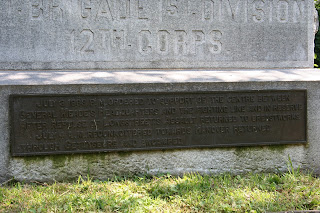 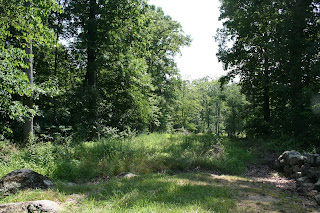 These pictures look down at the ground from which the Confederate forces would be coming. 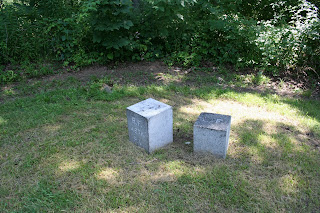 These mark the flanks of each regiment. 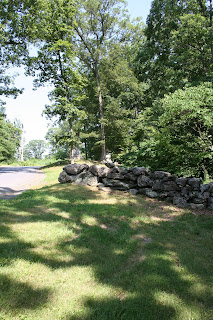 This is looking up at their position. 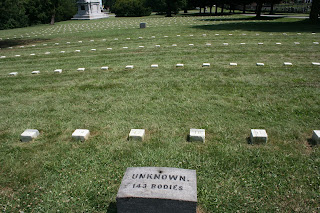 The unknowns.  Imagine losing a loved one who's body was so badly damaged that he couldn't even be identified.  (The unknowns who could be identified as to state are buried in their states' area, so these poor men were in much worse condition.)