Last year, in October, I posted pictures of the two artichoke plants I'd brought in, hoping to keep them alive for spring.

And then in February, I posted about some of the difficulties in keeping the plants alive, and showed pictures of the survival.  The biggest difficulty, it seems, was spider mites, which nearly killed the plants.  Then I got some spray, and they survived.

My friend also gave me a couple new artichoke plants that she'd done the pretend winter trick on to get them to act like they're second year plants and so produce chokes.

The problem this summer, for both of us, was that we got few chokes.  I got two, one off an overwintered plant, and one off a new plant.  She had similar luck.  We think (well, she thinks, and she's the expert, so I follow along) that they didn't get enough "winter" to think they should produce chokes (which is to say, to flower).  We had a quick, sudden spring, and maybe it just wasn't quite enough for all of the plants.  Mine I didn't put out until it was a bit warmer, and her new ones maybe didn't get enough cold.

So, here's to another try.  This year, I've brought in all the plants.  I cleaned them out, took out the leaves that seemed to have spider mites, and sprayed all of them.  Right now, they look pretty good.  I may have to get another set of lights.  These were enough for the two plants last year, but spread out, the light's a bit less concentrated, if that makes sense?

Here are a couple of pictures.  Wish me luck!  (The plants in the blue and green pots are the ones that were in last year's overwintering experiment.) 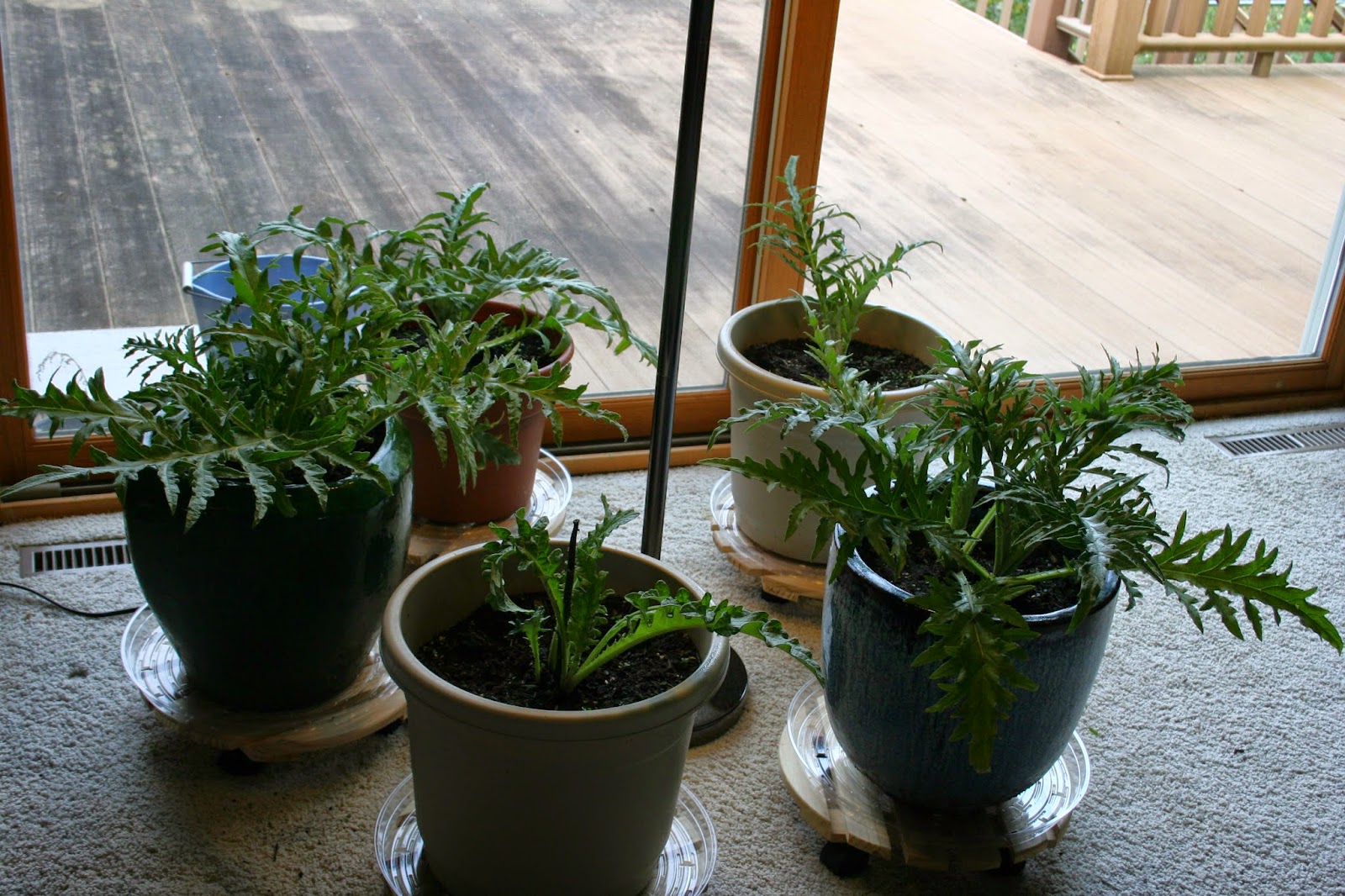 As you can see, my deck really needs to be powerwashed! 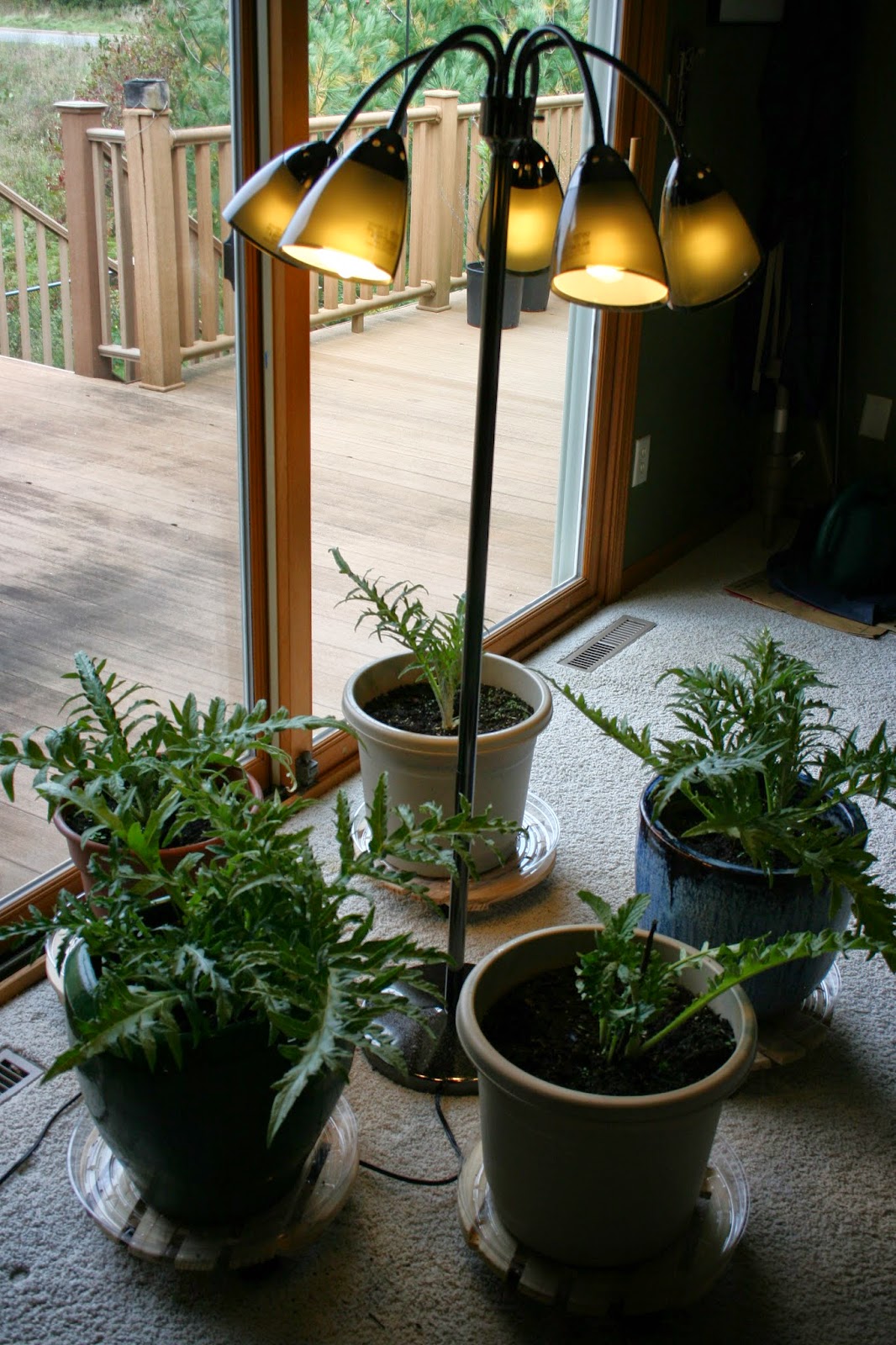 I got little roller platforms, and plastic water things, so hopefully I can water without making a mess all over everything.
Posted by Bardiac at 9:48 AM