Spring of the Warblers - And the Value of Teaching

Last Wednesday, my community had a birding day.  The biology department at NWU, working in conjunction with local birders and the community, had set up five areas around town where they stationed experienced birders from 8am to 8pm.  They advertised pretty widely, which is how I found out about it.  So I went.  It was perfect timing for me because I had a final in the early afternoon, but I'd managed to be caught up on grading to be able to give those students back their papers, and I'd have time to grade more before my Friday final.

So I started out with a friend before 8am, and got to the first spot, the Prairie Pond, as the birder was setting up.  We saw some birds there, and then the birder told us about a place not far away, another pond area, where there were likely to be more shore birds, so we checked out that place, McComb Pond.  We saw a number of birds, wrote them down, and then reported back.  And then we moved on to the town pond area, which was up a hill a bit, and where we saw several new birds (new to me, anyway).  Then I dropped my friend off, so that he could go to work, and went to the third spot, Braun's Bay (water is a major theme of the day).  That was the least good place for me of the day.

After my final, I walked over to the campus spot, and saw that the two birding folks were from the biology department, so I had a passing acquaintance with them.  The main spot was right at some stairs, and then there was a path that went on a ways, and one of the biology people said he wanted to check the path.  So I asked if I could tag along, and that's where I really learned some stuff.

Mostly, I picked up much better how to see warblers, where to look for them, how to see them.  I can't explain better, but he was showing me birds, explaining what to look for, and in that way that real birders have, he could just see them way better.

I saw a number of birds for the first time, and most of them I could now identify by sight.  Just seeing them, having an explanation, that really seems to stick for me.

After the walk, I went on to the fifth site, and there ran into someone I met several years ago, through a friend, but who I hadn't really had contact with, and didn't know she was a birder, but she recognized me and we figured it out, and voila!  So that was nice, though it was getting a bit late, and I didn't get to see many birds there.  (A few.)

The big thing for me that day was that the more experienced folks were really helpful in pointing out the birds, and in helping me see how to make the different identifications.  I could have walked in those places alone, and I would have seen some birds, but not what I saw with them, and not learning as much as I did.

This morning, I woke up early and felt like being up, so I went out to McComb Pond, and I was seeing a whole lot more warblers than I had.  It's like I was seeing them, though they'd probably been there when I went before and just saw a couple, but this time, I was way more aware somehow.  I have to credit the Wednesday outing, because I was able to identify several of the birds I saw easily, and with a good degree of certainty, too. 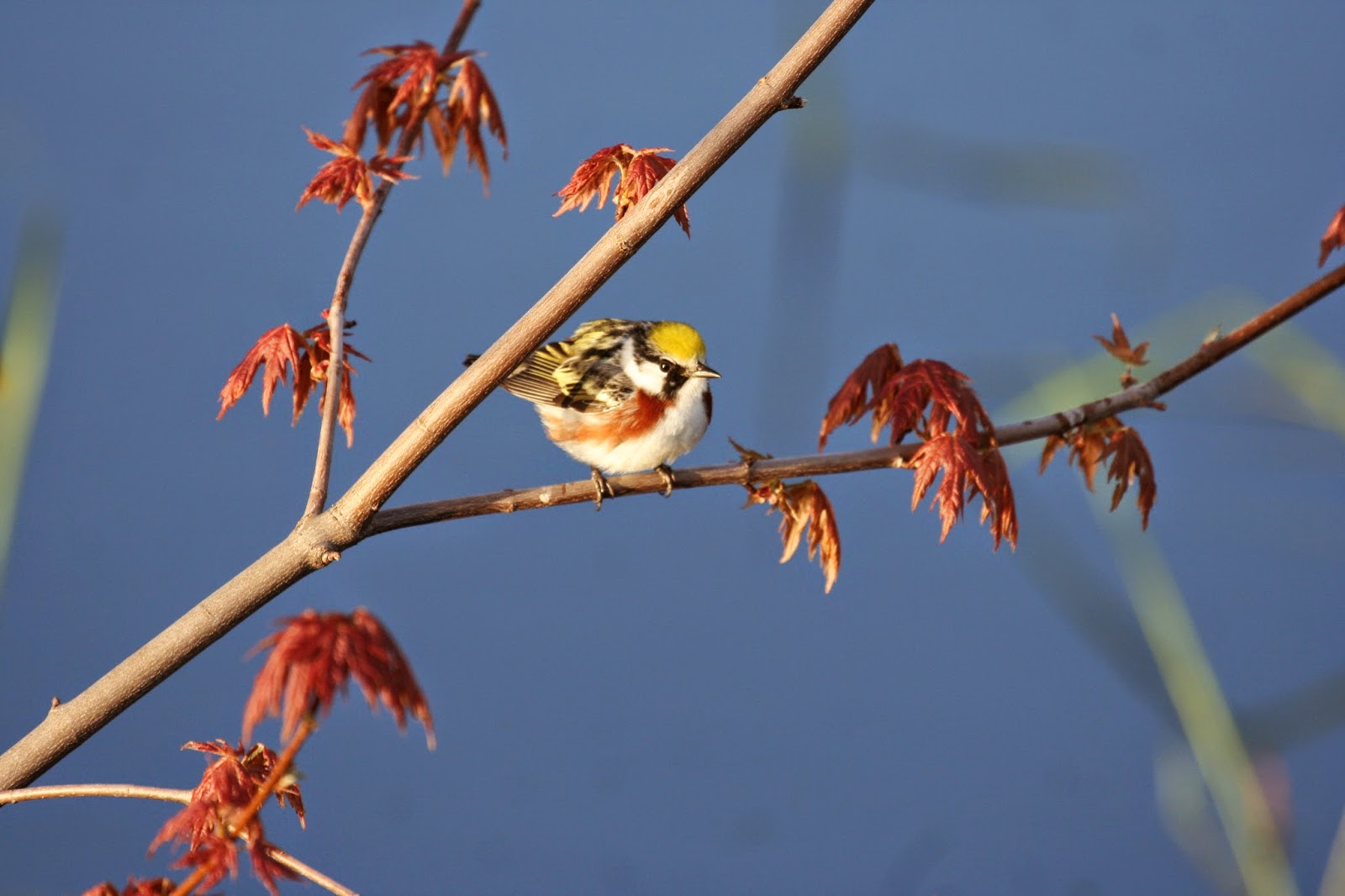 This is a Chestnut-sided Warbler!  So very cute! 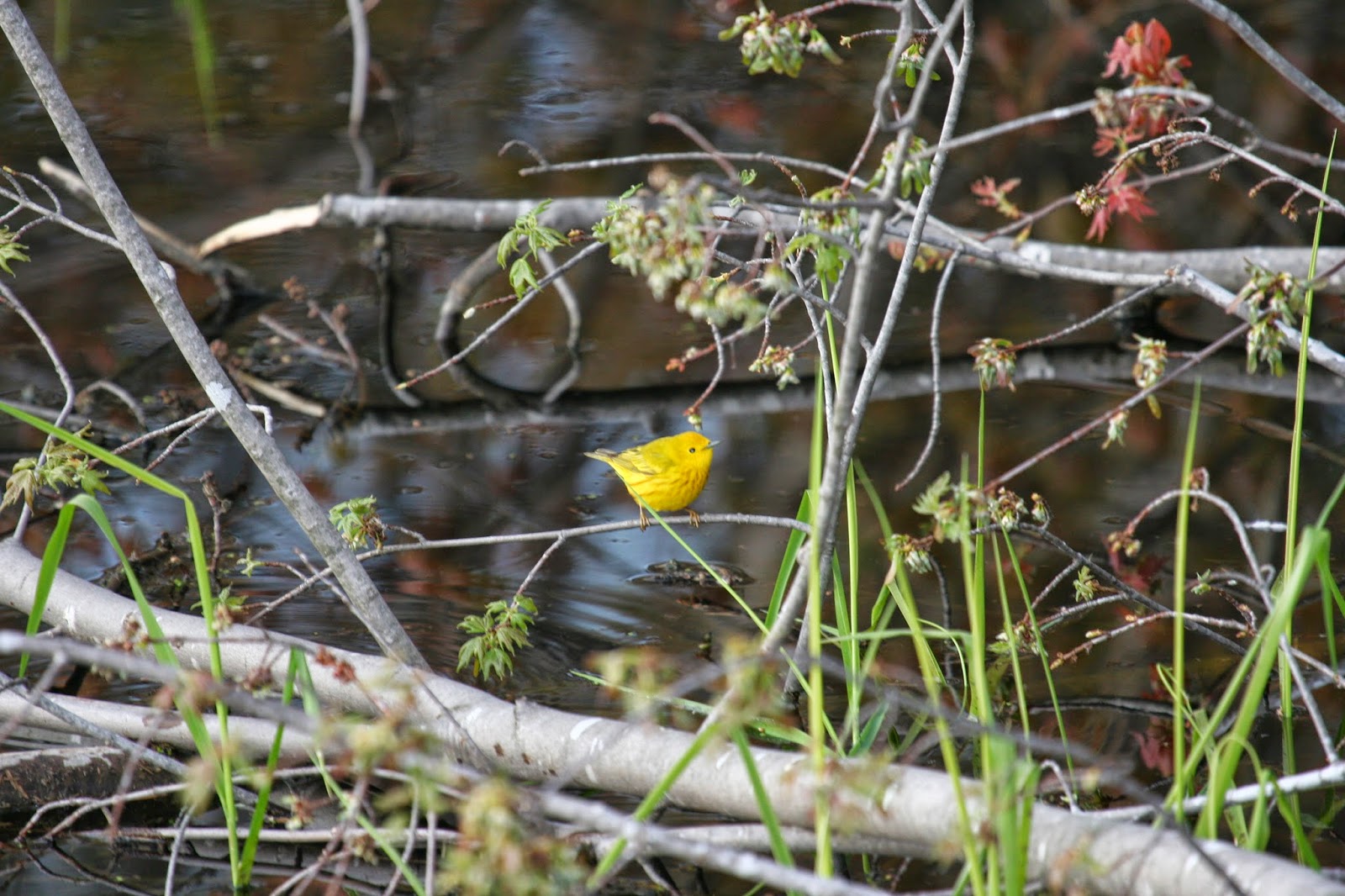 And a couple others, one of my new neighbors (look inside the house!) 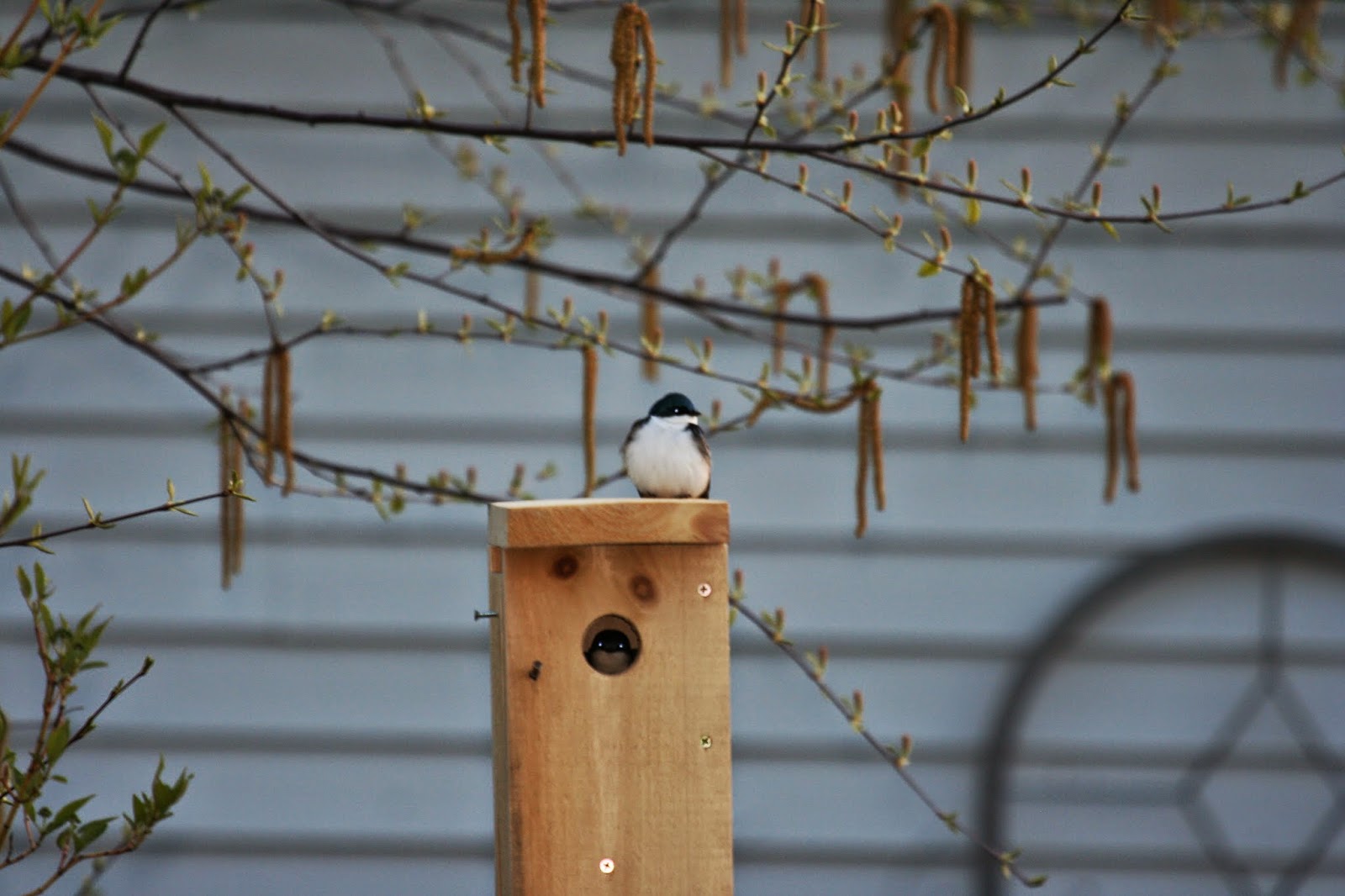 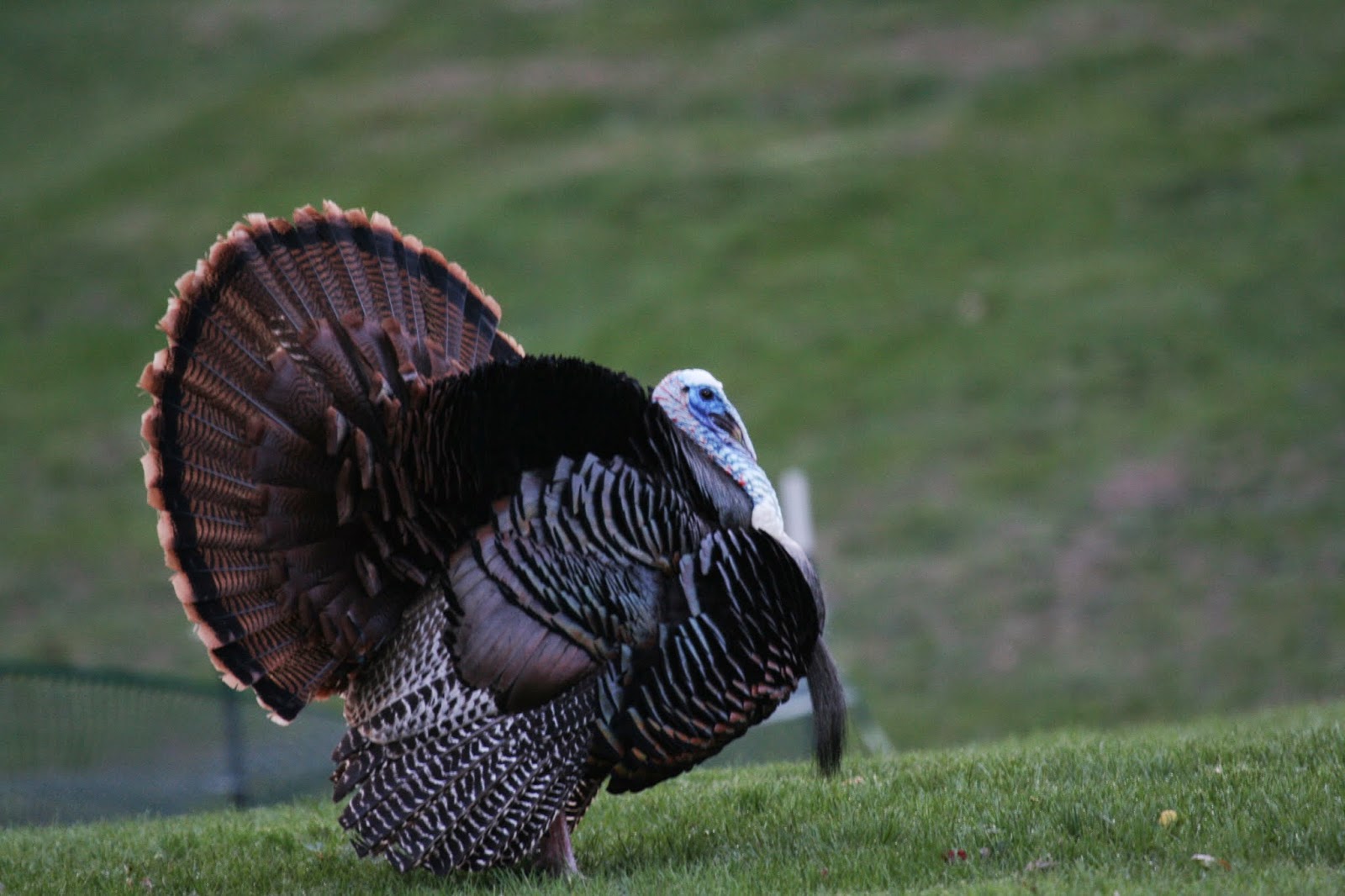 And a local guy, strutting his stuff at the local park.  My commute is far more likely to be held up by this sort of strutting (sometimes in the street, sometimes because I stop to watch when they aren't in the street) than by traffic.