This may seem like an odd time to take a birding road trip in the upper Midwest, but there have been some reports lately of Whooping Cranes in a couple of areas.  So I packed up an overnight bag, and off I went.

I had two possible places on my visit list, so I started at the closer one, a national wildlife area.  Fortunately, I came across a sign for the visitor center pretty quickly, went in, and got directions for four areas to try.

I started with the walk near the visitor center.  I could see some Canada Geese, and a few Sandhill Cranes.  It's weird, but after driving very focused on getting there, it took me some time to slow down, or calm down, and just relax and walk and listen.  There was a lot of calling going on, geese and that weird crane call.  (If you've never heard a crane, you can hear recordings at the Cornell Lab's About Birds Page.  You should listen!)

Then I went to a southern observation area which had a short walk and a small observation tower.  And, of course, I took some pictures. 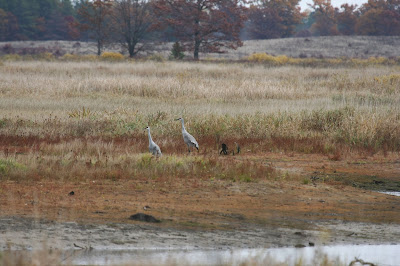 These are Sandhill Cranes.  They're BIG!  Really impressive birds.  You can see that they're light grey.  If you compare them with, say, Great Blue Herons, you can see that these Sandhills have a red cap area on their forehead, and also their bodies look bulkier.  They're not hugely uncommon, but I still think they're amazing.

So, I looked and looked, and then I saw this white spot! 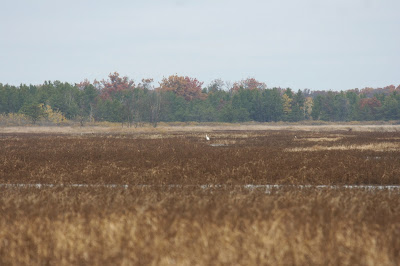 You can tell it's a pretty big bird, but holy cow, it's way far away!  But bright!  White!  It really stands out, doesn't it?

It's either a Whooping Crane or?  Well, I thought maybe an egret, but it's body is more the crane bulkiness.

And then there were two! 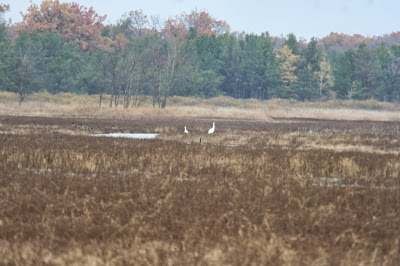 You can tell how much bigger and brighter these are than the Canada Geese near them.

I went on to the second place they'd suggested, but I didn't see or hear any cranes there.  I was a bit sad.  And it was time for lunch, so I drove to a nearby town and found a little Polish deli (at least I think so, because a lot of the stuff seemed to be Polish style or come from Poland).  And I got myself a really good sandwich.  So that helped.

I also stopped back at the visitor center and showed the pictures (in my camera) to two of the volunteers their, and they both seemed pretty confident that it was the right bulkiness and brightness for a Whooping Crane.  So that gave me a bit more confidence.

The next step was to drive north along this one dirt road, and stop at a couple other observation areas.

I passed this area that was wooded on both sides, before the road went out onto a dike thing between two watery areas.  And my jaw dropped, because right there, on either side of the road, about 100 or so feet from the road, were two pairs of really big, really obvious Whooping Cranes. 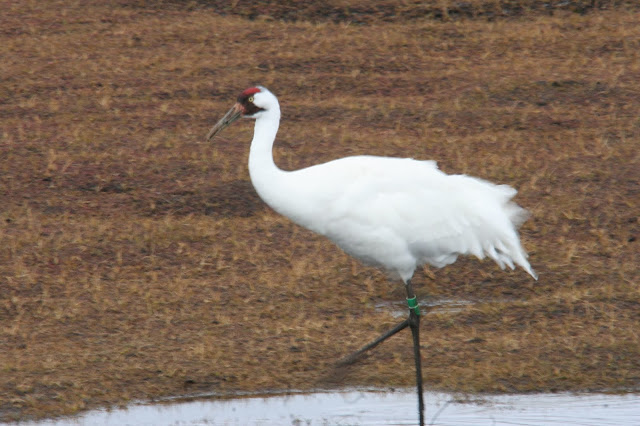 Can you tell I was excited?

And it wasn't that they just stood there, either! 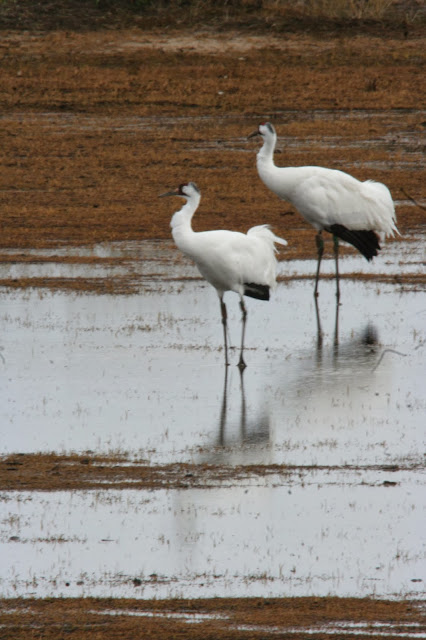 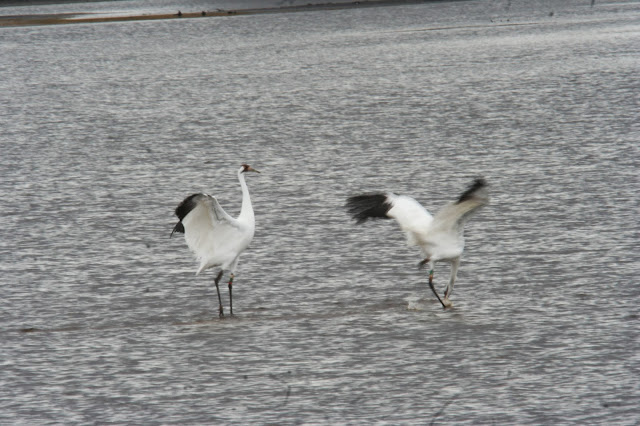 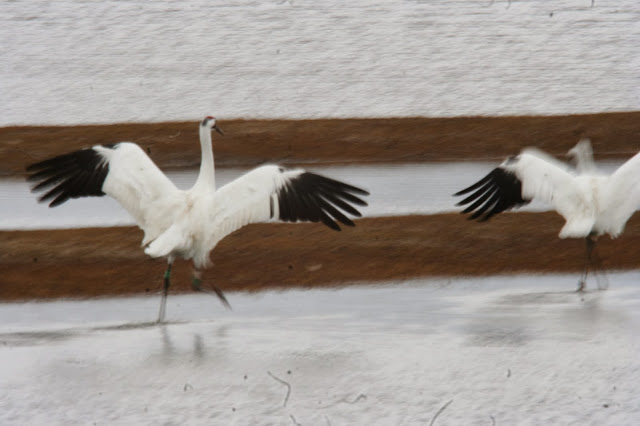 The photos don't do the cranes justice.  And, I'm not thrilled by all the lint that was on my lens.  The day was overcast, and I was using my 400mm lens with a doubler, so I didn't get many good pictures (I did get a lot of really blurry ones, though).

I did get to see some crazy rare birds!  I saw at least four, and maybe six (probably six, unless the first two flew up to the other place).

And yet, somehow, the grading still gets to get done.