As you may recall, I've been to Oxford before, and got to tour Merton college, and to see Trinity and the Divinity Room at the Bodleian.

This Saturday I went back.

I didn't mention something that happened at the British Library.  One morning, while I was waiting for the library to open, having tea at the place just outside the gates, another woman also sat to have tea.  Like me, she was waiting for the library to open.  We had a nice chat while we waited, and then I asked if she wanted to meet for lunch.  So we did, and had another chat.  And exchanged emails.  She's working on Civil War stuff (English, not US), and is, I think, a historian/librarian.  Anyway, she's associated with a couple of Oxford colleges, and said if I were going to come to Oxford, she'd show me around.  And boy oh boy, did she ever!

My day started out with a tour of the 400-1600 British room at the Ashmolean, and then a bit of wandering through the museum.  It's the sort of place where I can imagine spending a solid month and still feeling like there's too much to see!

Here's the funeral pall for Henry VII's casket.  (His funeral was in Oxford.) 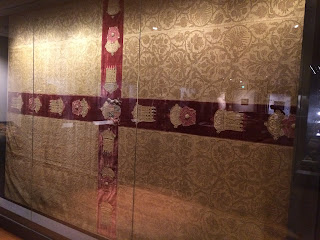 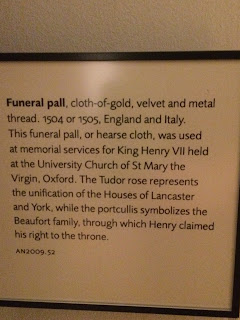 This is a close up of the center embroidery area of the pall.  It was beautiful. 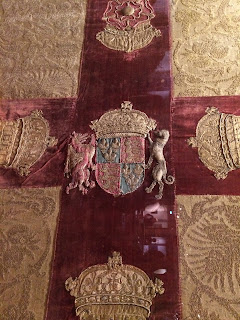 Here are TE Lawrence's clothes.  There's something just so weird about seeing them. 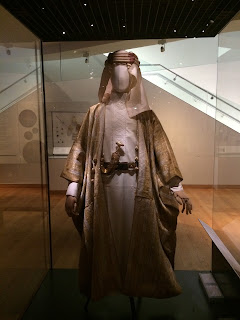 Then I met my Library Friend, and we went to her colleges, first Worcester.

On the way to Worcester, we passed an older man walking the other direction.  He nodded at her, and I'd gotten out of the way.  And then she said it was Keith Thomas.  KEITH THOMAS!  WOW! 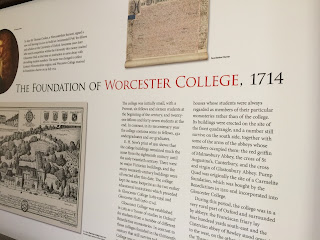 This is the main quad. 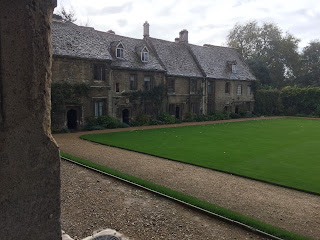 She said this chimney section is probably the oldest building section in the college. 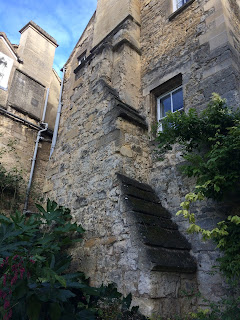 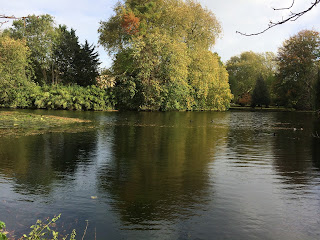 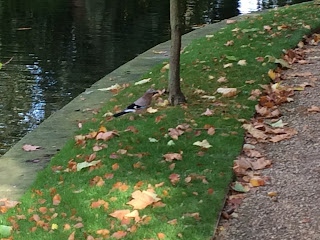 Some insignia over the doorways to the old monastic cells. 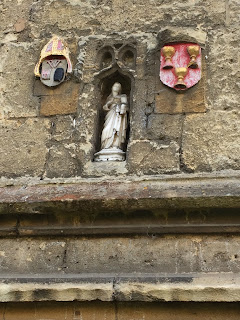 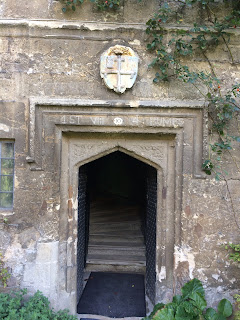 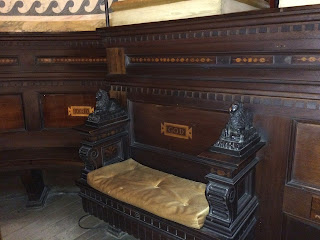 The chapel ceiling... so so beautiful! 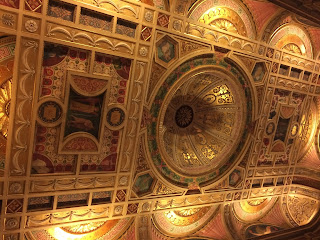 And the chapel floor.  (The Chapel was renovated in the 19th century.) 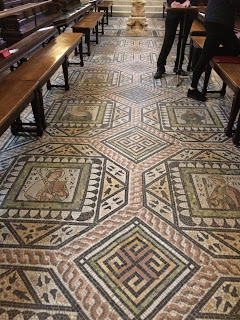 And here are the stairs leading up to the library. 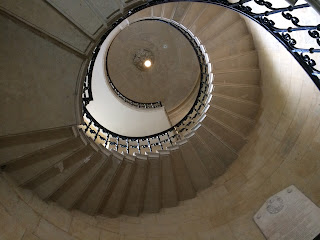 Then we walked to her other college, New College.  Along the way, we passed this building.  That high nub thing?  That's Edmund Haley's observatory.  Yep.  (Though my guide was careful to tell me that he didn't make his biggest discoveries there.) 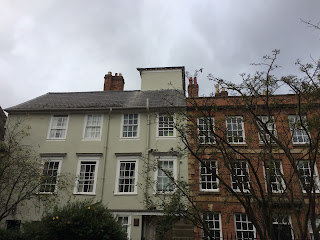 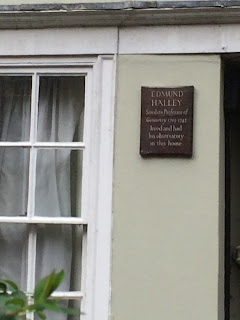 This is a back entrance.  I love big huge doors with little inset doors. 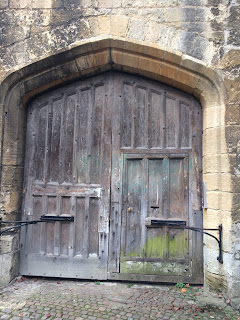 In we went.  The praying figure on the right is William of Wykeham, the founder of the college.  On the other side is an angel, and in the middle, Mary, because this is really St. Mary's College with a long name, but it was called "New College" because there was already a St. Mary's College.  This was back in 1379, so it's not really all that new...  My guide told me that William is praying to not get rained on. 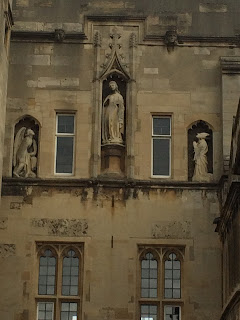 A view from the quad of the chapel. 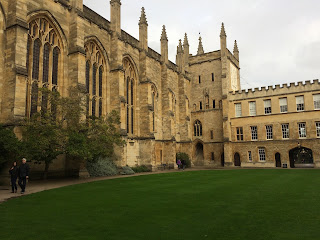 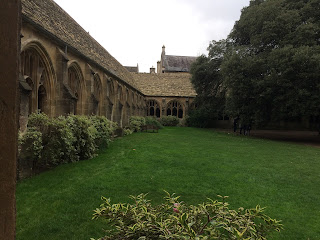 The Hall.  (aka dining room)  We also went into the chapel, but they don't allow pictures there, so I didn't take any. 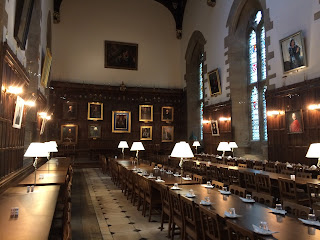 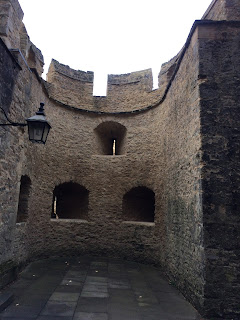 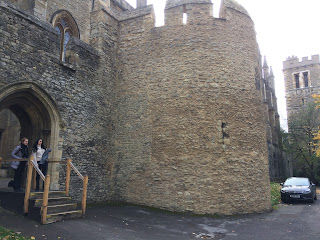 I had a fabulous day in Oxford, saw new colleges, learned a lot about the medieval city, and enjoyed visiting with my friend.
Posted by Bardiac at 3:52 AM