The second part of last weekend's outing (that started at Eyam) was a visit to Chatsworth House, seat of the Dukes of Devonshire.  (I have to admit, one of the things that confuses me about England is that peers of so and such a place seem to have their country seat not in so and such a place, but in somewhere totally different.  In this case, for example, Chatsworth House is in Derbyshire, I think, but Devon is way down in the southeastern part of the country.  Color me confused.) 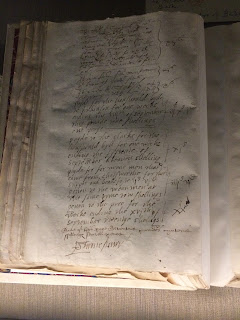 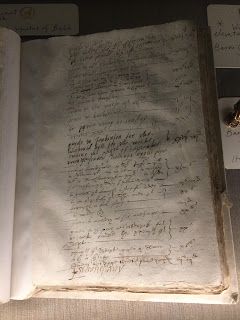 The objects displayed, with little tidbits of history about the different Dukes (and some Duchesses) through time, were interesting, if not especially appealing to me to photograph.  Still, it's neat to see stuff, especially older stuff!

So the tour path starts with the object displays, beginning with Bess of Hardwick, and ending with the current folks.  And then you go through many rooms, with furnishings and art.  And there was a special exhibit of clothes and costumes.  I have to admit, mostly the special exhibit turned me off.  I mean, I liked seeing the livery and clothes that people wore day to day.  But the clothes that were specially made for costume balls and stuff didn't do much for me.  I think it felt too much like rich people dressing up as rich people, rather than rich people going about their lives as we all do. 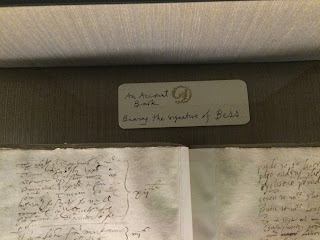 But then I got to this room!  Inigo Jones drawings!  I took so many pictures of Inigo Jones's drawings that they're going to get a separate post! 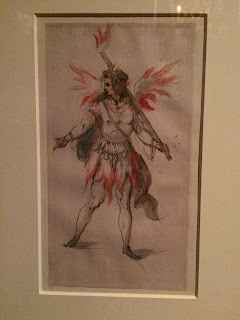 I loved the library, and would have loved it more if it weren't for the stupid mannequins with clothes that were blocking a view of the books.  Still, what a library! 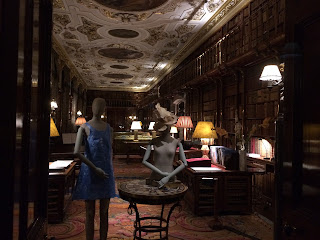 And look what I saw!  (I'm sure they've all been catalogued and the most valuable books are well out or reach.  But Milton will do in a pinch!) 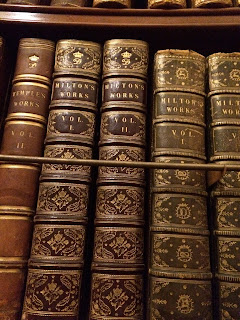 These lions look familiar because the Abbey has copies (at least, I think the Abbey's are the copies). 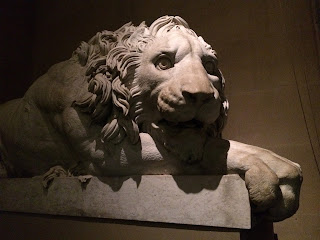 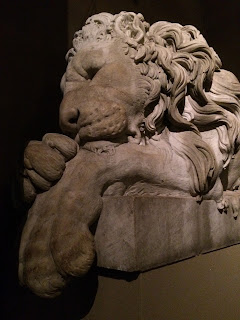 And outside.  Such a beautiful house! 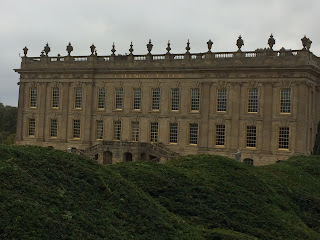 The stables are now gift shops, but it's cool to see how fancy the stalls were. 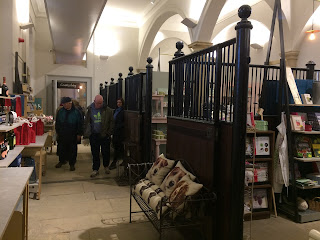