On Sunday, I went with a group to Eyam (pronounced "Eem"), which is called the Plague Village.  It's called that because there was an outbreak of the plague there, and the villagers (mostly) chose to separate themselves from the surrounding communities, allowing communication only in specific ways (outside the village, meeting someone from a neighboring village, and talking without getting too close, or leaving coins at the "boundary stone" and then picking up food left there by neighboring folks or the local powers that be).

We went to the museum first.  I really, really like the logo.  It's a small but interesting museum, that talks about the plague stuff, and also a genetic mutation some folks have that seems to provide a level of immunity, and also a fair bit about the village's contributions to WWI, with the histories of some of the men who served, and their medals, even.

The plague display had information about how many villagers died and in which family/home.  Even then, so long after the initial outbreaks, it was devastating, killing, according to their website, 260 people out of a population of about 800.  It's hard to imagine the courage it took to not run when the plague hit.  (Some folks did leave, of course.)  To know the horrible odds, because they had to know, and yet to choose to try to keep it from spreading further. 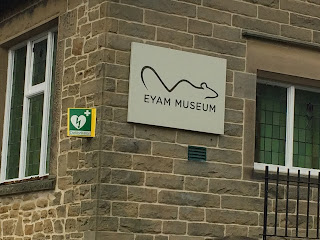 After the museum, one of our folks led us through town and out to the boundary stone (map), which is a 20-30 minute walk from the museum.  Along the way, we passed markers explaining the connections of various cottages and grave sites to the plague. 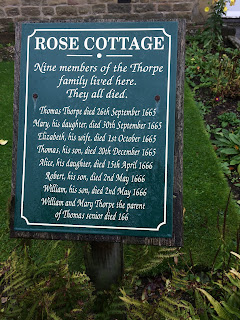 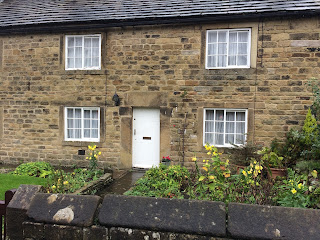 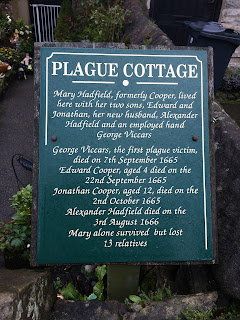 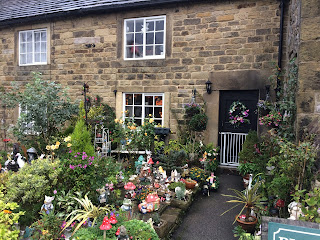 In the churchyard, there's an old cross, probably Anglo-Saxon or Celtic, according to the sign. 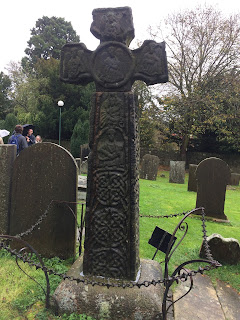 And also the marked grave of a plague victim. 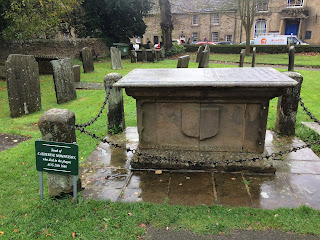 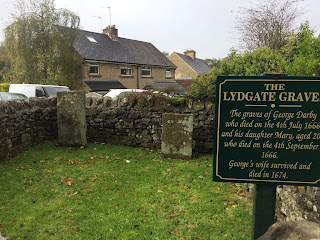 This is the boundary stone.  The holes are where, supposedly, villagers would leave coins in the holes, which were also filled with vinegar, that they hoped would keep the plague from spreading through the coins.  Given the state of knowledge of disease transmission, they seem to have done an amazing job of limiting the spread of plague in the area.  (The coin thing wouldn't have been effective, but the distancing probably was.) 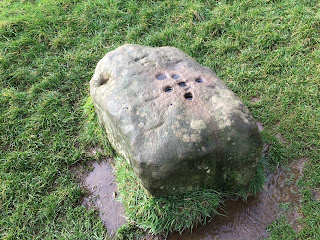 Looking back toward the village from the boundary stone. 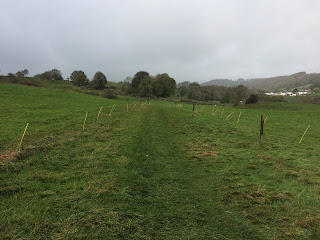