Catching Up: British Library and Leicester

Time flies around here.   The last weekend in October, I spent in London, with one afternoon at the London Metropolitan Archives, and three days at the British Library.

The LMA was super; one of the librarians helped me find stuff, including a registry book of unpublished London diaries.  And one of those diaries was at the British Library!

I didn't take many pictures at the library, but here's one I took while having my tea as the line formed outside in the rain to go in. 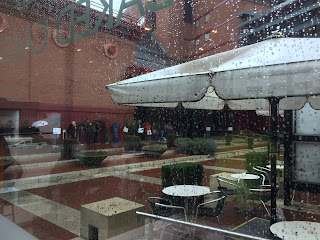 The other one I took was of the manuscript (which was labeled as okay to photograph, and I was in an okay to photograph area).  The manuscript was by a James Petiver, listed in the registry book as a medical practitioner, botanist, and pharmacist.  I was hoping to see some botany stuff, but mostly it seemed like he listed someone's name (or, for example, "my grandmother") and then wrote down his prescription.  I took a picture of this page because the prescription is for chocolate. 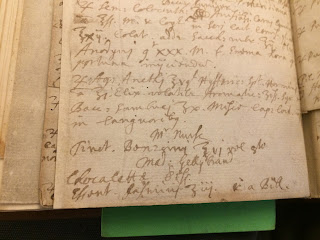 I found lots and lots to read and work on at the BL, met another scholar who was friendly and nice, which made the place less daunting.

The problem was, I basically sat and read most of four days, with little exercise and no stretching.  My hotel room as tiny, and the bed canoe like, and voila, my back got very sore.

So I've been dealing with that.  It's much much better now.  I'm sitting down and not hurting much right at this moment, which is a huge improvement.

Last week, we did a trip to Leicester.  So good!

The obvious thing for me to do in Leicester is to visit Richard III.  I started at the Discovery Center, which was really well laid-out and presented.  I learned about the Wars of the Roses, and enjoyed it a lot.  Below is a memorial stone, and below that, an explanation of it. 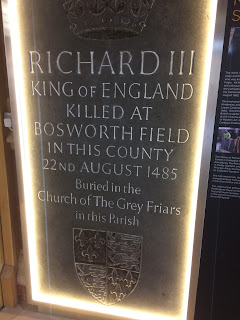 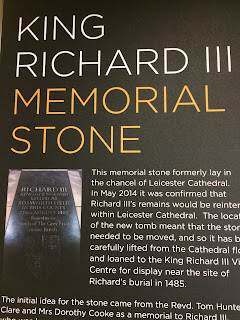 After the Discovery center, I went to Leicester Cathedral and visited the actual interment site.  It's a beautiful memorial, and in a lovely space.  The Cathedral feels more like a friendly parish church than, say, York Minster or Lincoln Cathedral, but they do a really lovely job explaining themselves and the burial site. 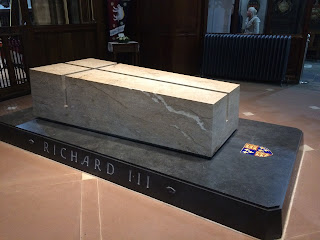 What I didn't know about until I was in Leicester was the Guildhall!  And that turned out to be the best part of the trip (even though the other parts were wonderful).  It's a 14th century Guildhall, with later additions (17th century, I think). 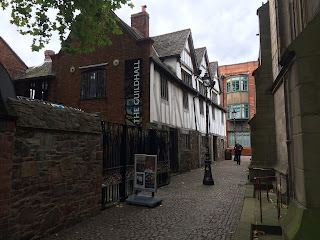 And the hall was built for the Guild of Corpus Christi, which made me especially interested.  I'm sure medievalists would know if there are records of plays; the Guildhall didn't say. 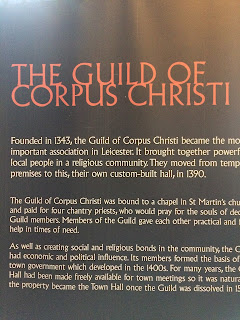 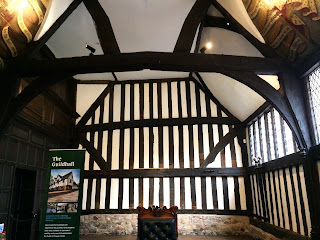 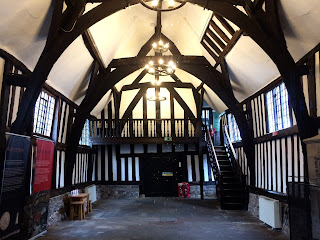 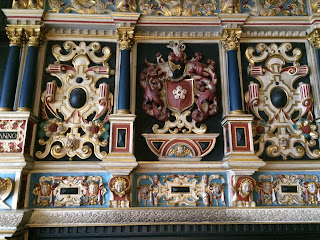 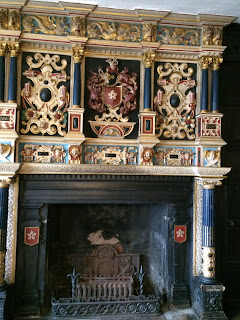 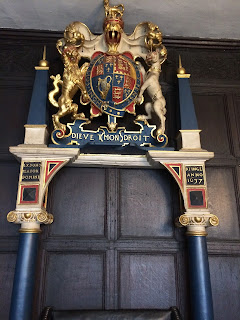 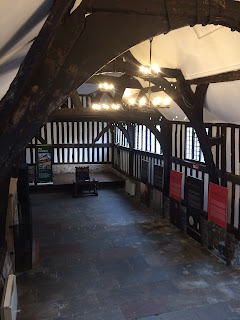 And in the Guildhall museum, among later artifacts, is a scold's bridle.  I keep seeing these in museums.  I wonder if they're as common as they seem now because they were common then, or if they've just managed to survive especially well? 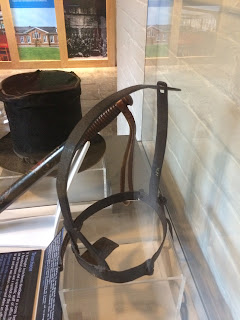 I would have happily spent several more hours in Leicester, but alas, we didn't have long.
Posted by Bardiac at 4:42 AM