On the only full day I spent in Iceland, I took a tour of the "Golden Circle."  As you'd guess, it was utterly beautiful. 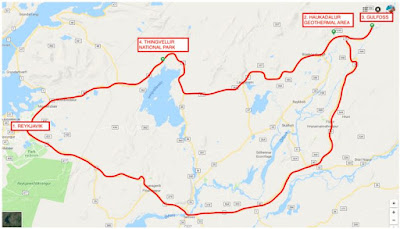 We went to Thingvellir National Park, first.  It's an area with gorgeous scenery, historical sites, and visible evidence of the split between the tectonic plates of North America and Europe.  Alas, we didn't get to spend much time there, but did take a little walk.

Here are some pictures! 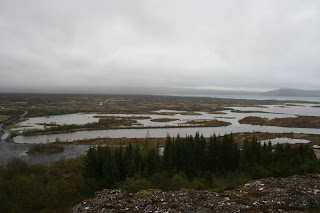 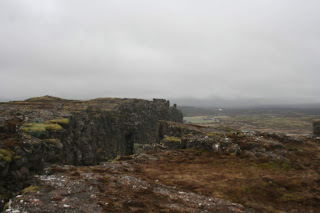 This is the rift, to the left in the picture above, and centered in the picture below.  They've put in a lovely path for walking, which makes the area pretty accessible. 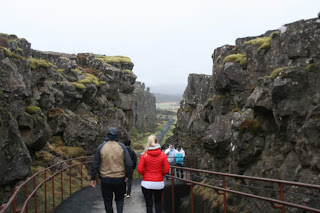 I THINK these are Greylag Geese. 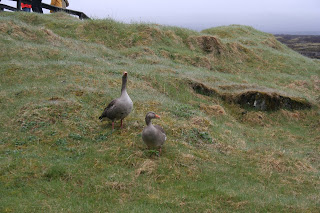 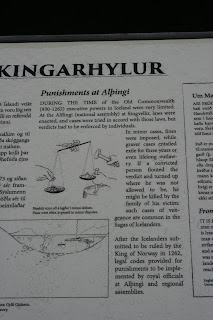 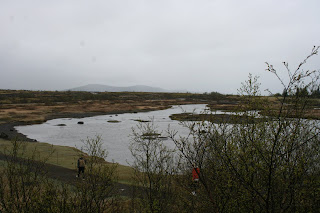 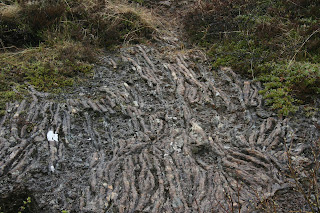 Maps are so helpful!  As the captioning says, Thingvellir was the site of the old Parliament until the 18th century. 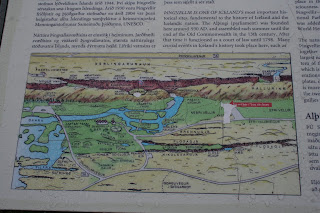 After Thingvellir, we went to the famous waterfalls at Gulfoss.  It's a good bit east of Thingvellir, but worth the drive! 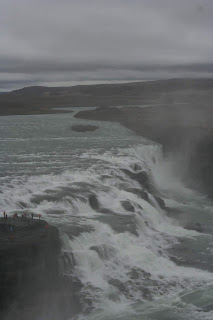 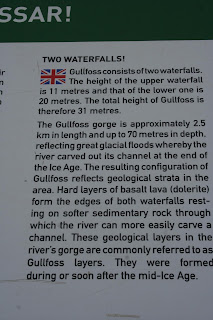 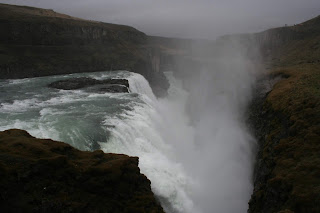 This is a monument to Sigridur Tomasdottir; she's super important in this area because she helped make Gulfoss a tourist attraction and guided lots of people there. 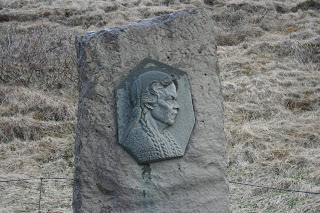 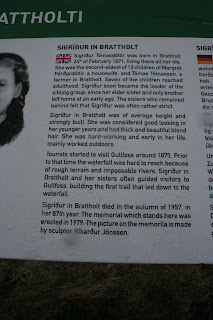 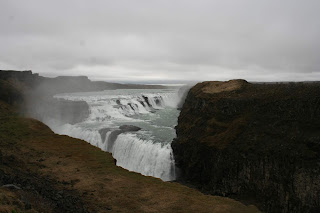 Between Gulfoss and the Haukadalur geothermal area where Geysir and Strokkur are, we stopped at a farm and got to pet a couple of Icelandic ponies. 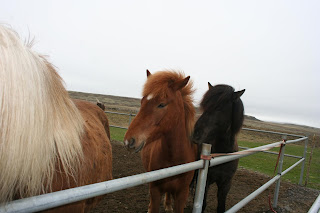