After visiting the Casa Battlo, I headed east, planning to make a shortish stop at the Museo de Historia de Barcelona.   Then I had plans for a visit to the Mediterranean Sea and the Chocolate Museum.

I think what I expected from the City History Museum was basically what I'd expect from a good City Museum in the States, a couple of really interesting rooms with artifacts.  It's pretty small on a map of Barcelona, and I had trouble even finding it.  It's not like, say, the V&A where you see this huge building.  Nope.  The entrance is modest.  And so were my expectations.

You start out in this smallish room with some pottery and Roman statue heads. 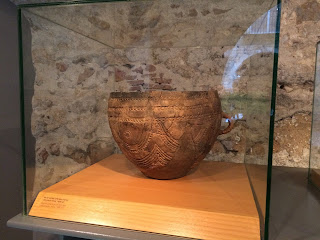 You can see right out the window into a little plaza in the center of the building.  That's how modest this feels.  But oh, what a lovely statue head! 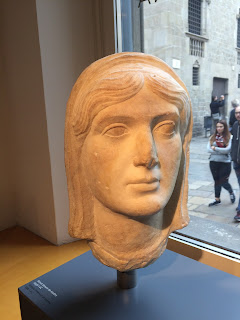 Here's an even better one, with a look out to another area of the plaza. 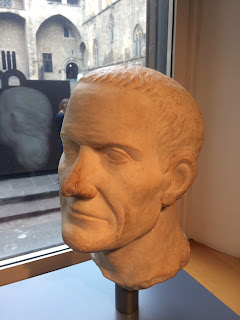 But at the end of this room, there's a little elevator thingy.  It goes down.  Well, I think, I'm going to a basement room.  And I was, sort of.  Except it was the basement of the whole area, over to part of the Cathedral (see map).  You can see from the picture below that there are lights off pretty distant, and there's someone on a walkway at the left part of the picture.  Basically, you're on a walkway built just above and through the ruins of the Roman fortification, basilica, and so forth. 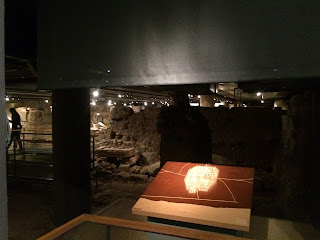 Here's a bit of description. 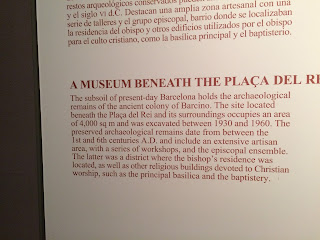 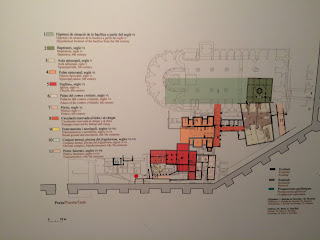 The walkways take you through the ruins, with helpful explanations all around, and then up from ancient Rome to early Christian ruins.  Then up to the area with more modern history. 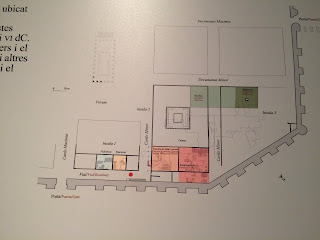 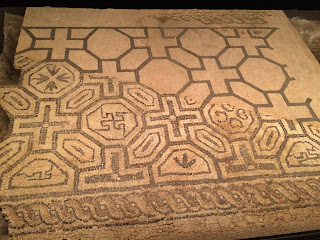 More Roman statue heads.  These are from a burial/memorial area, and are statues that memorialize individuals.  So these statues represent individual people who lived in Barcino. 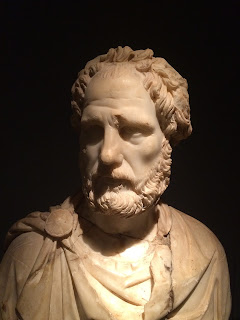 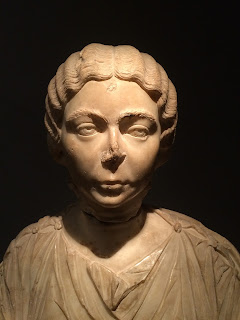 And here's a mosaic, restored partially. 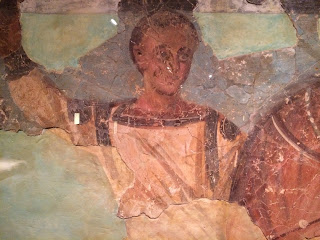 Tiles under the laundry floor. 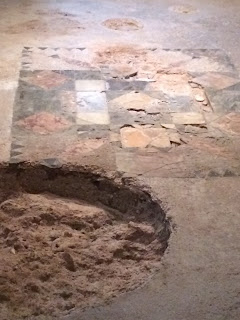 Explanation (I tried to turn it, really!) 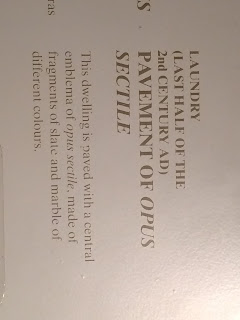 Look how deep the tile pieces are.  Really interesting! 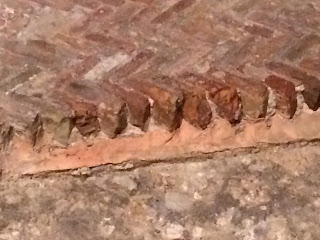 Back from the previous picture to see a wider view of the tile work. 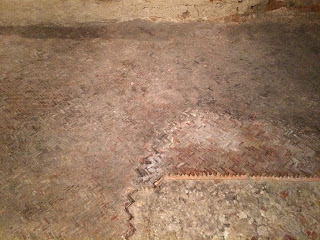 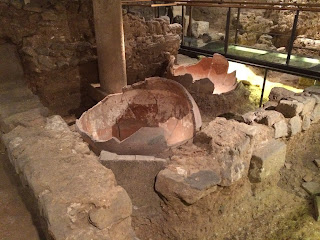 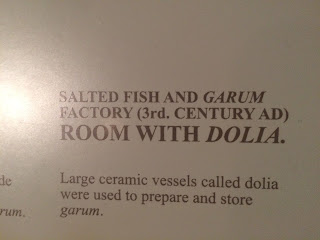 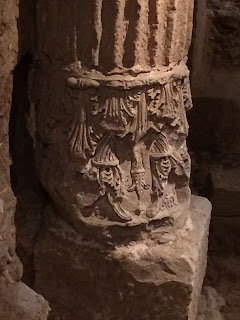 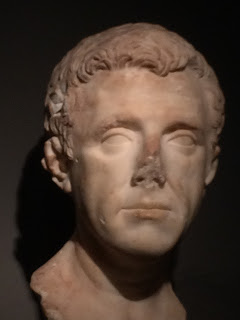 I tried to turn this, too. 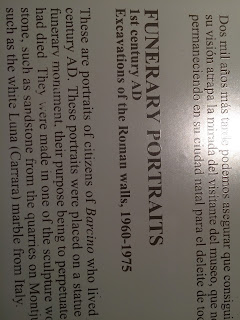 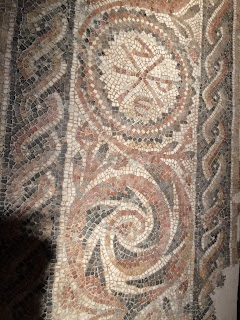 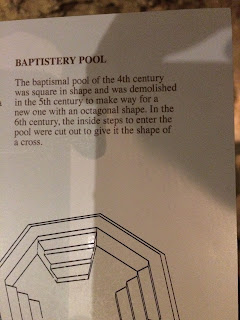 The Baptistry Pool as it is today, deep underground. 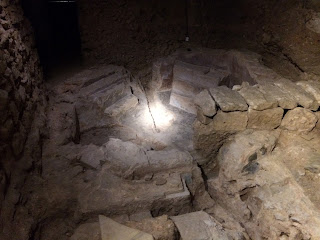 The Palace chapel.  Now we're back above ground, but way over from where we started. 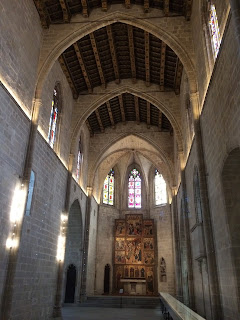 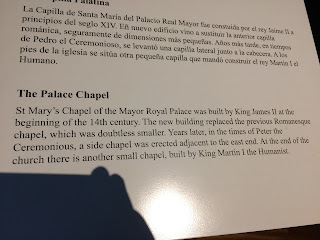 What to say about the Museo de Historia de Barcelona?  If you go to Barcelona, you should put it high on your list of places to spend some time.  It's fascinating, and so very cool to walk among the Roman ruins, knowing there's a bustling city just above you!
Posted by Bardiac at 3:52 AM