It's a loop, I call the Priory Hill Short Loop, about 22 miles.


About a mile in, there's Priory Hill. 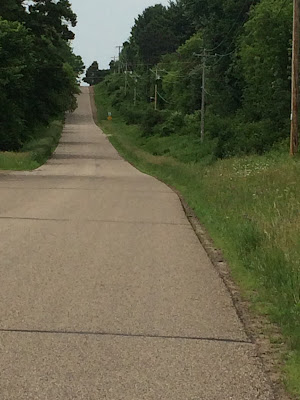 It's way harder than it looks.  But at least the hill's short. 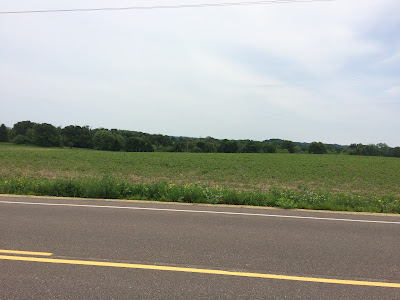 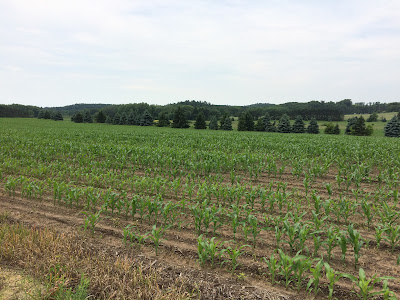 Further along, on the left, soy, on the right, corn.  Along with some wheat and alfalfa, pretty much the big farm crops around here. 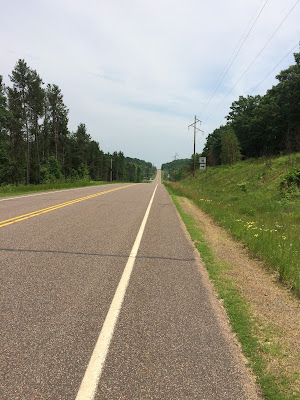 The road goes off into the distance.  But that hill isn't nearly as steep as Priory Hill. 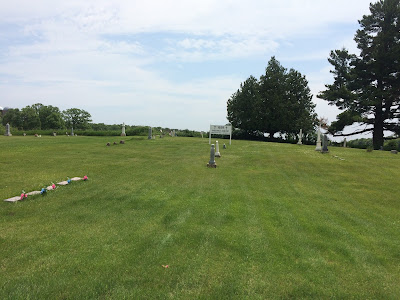 There's a little, well-kept 19th century cemetery.  I'd never stopped there, but as long as I was taking pictures, I did.  Here's what I saw. 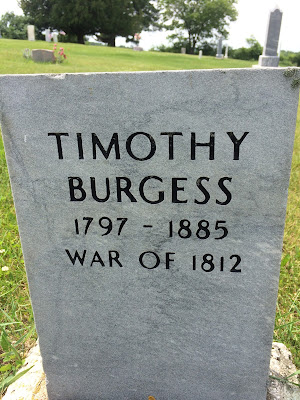 What stories Timothy Burgess could probably have told!  From the War of 1812 to the great North Woods. 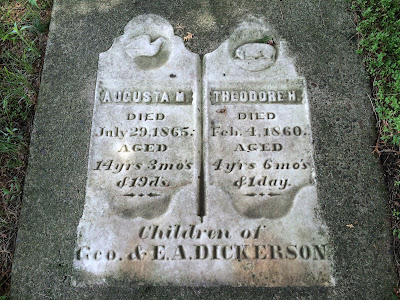 These were about the earliest grave markers I saw.  So sad. 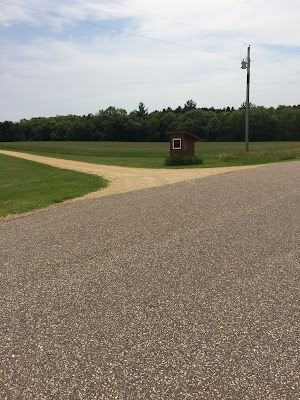 Here's something I see a lot around here.  I little building at the side of the road.  If you're not from the Midwest (in which case, I'm guessing you know), feel free to hazard a guess!

Email ThisBlogThis!Share to TwitterShare to FacebookShare to Pinterest
Labels: Biking