Last night, I went out to play with the dog I'm dogsitting in the yard, and while I was waiting for the dog to figure out that I wasn't going to chase it to get the ball to throw again, I glanced and saw a bunch of birds swooping around over a neighbor's yard down the block.  Being me, I got all fascinated and went to get my binoculars, and then the camera.  The birds were fairly big, say Kestrel size, but with narrower, pointier wings, and a slight V to the tail in regular flight.  (It rounded when they turned, which they did a LOT!)

They were dark, but with a distinct stripy part on each wing, back to front, just past the mid-joint.

There were a fair number, at least 15, I think, flying and swooping like swallows almost.

After I had a pretty good handle on what they looked like, I got my birdbook and looked, and they were Common Nighthawks!  It was my first time seeing them, so I'm pretty excited.  (The pictures aren't great, but you can get a sense of their general shape and see the stripe.  The deep wingbeats are also, according to my Sibley's, an important thing to notice.) 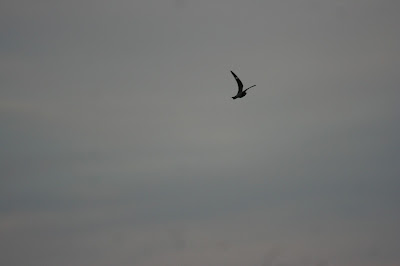 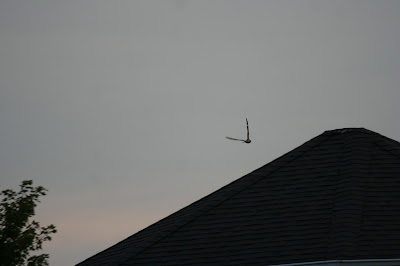 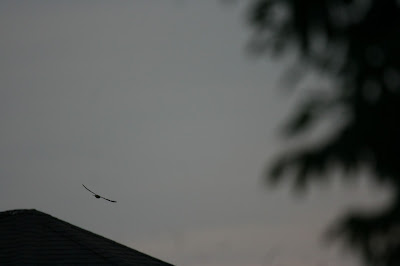 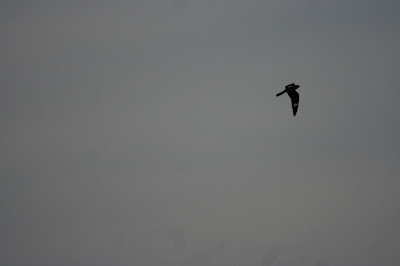