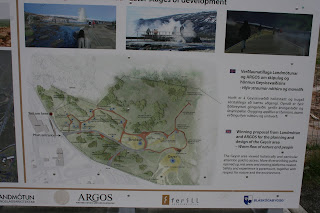 The last part of the Golden Circle Tour was the Haukadalur Geysir area.  The first big geysir's name is, yes, Geysir.  And then the general term was named after it.  How cool is that?  But Geysir doesn't do its thing much these days, so most people go spend more time at Stokkur. 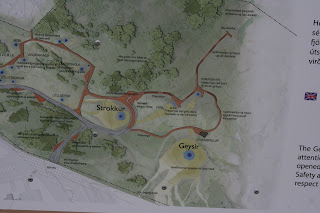 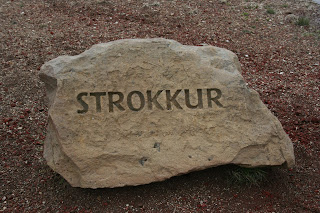 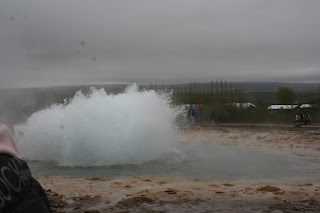 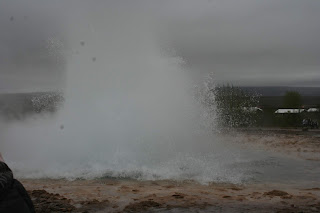 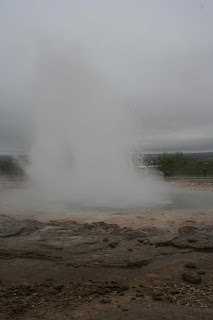 Me, too.   Walking around the Geysir area, I saw several birds, all of which looked an awful lot like this one.  It's a Redwing, which is a member of the Thrush family, and the same genus as American Robins.  It was acting very (American) Robin-like, foraging on the ground in fairly openish areas. 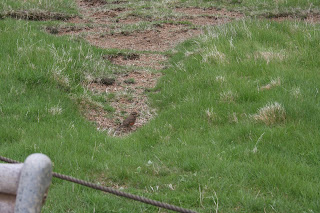 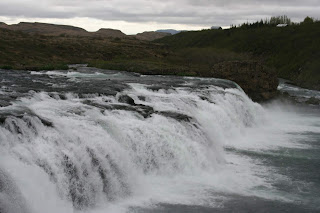 Below is a sheep-separating thing.  The shepherds let the sheep do their thing, with flocks mingling, and then when the time's right, they drive the sheep into the center area, and then separate them into the outer fenced yards. 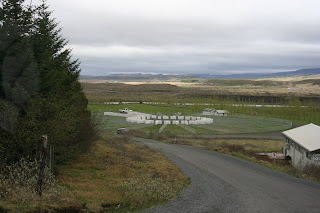