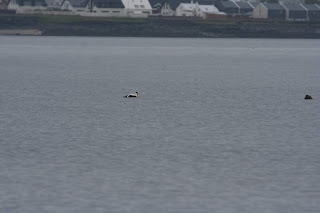 On my last morning in Iceland, I went on a short boat tour to the one of the islands just outside of Reykjavik harbor (The islands are Lundry and Akury, but I'm not sure which island my tour went to).  It was a smallis boat, perhaps 25 feet long, with four passengers, a naturalist/helper, and a captain, and a visiting captain trainee.  The naturalist helped with bird identification and also helped me put together a list of the birds we saw.)  I didn't get pictures of everything, but here's what we saw:  Atlantic Puffin, Northern Gannet, Great Black-backed Gull, Lesser Black-backed Gull, Black Guillemot, Common Guillemot, Herring Gull, Eider Duck, Brent Goose, Greylag Goose, Great Cormorant, Arctic Tern, and Northern Fulmar.  As you'd guess, it was fun and exciting, but also way hard to photograph moving birds on a moving boat.  I tried though!

Above, the first picture is an Eider Duck.  You may have to embiggen...

And below is a Great Cormorant (aka Cormorant in the UK). 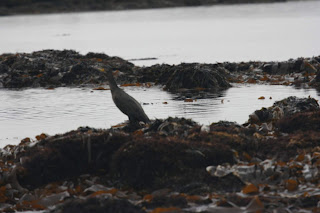 And here's an Atlantic Puffin! So darned cute! 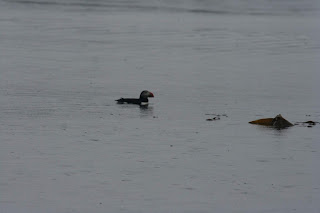 And these are Northern Fulmar, at their nests! 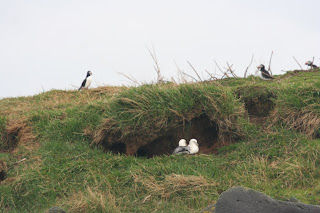 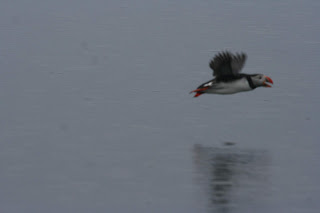 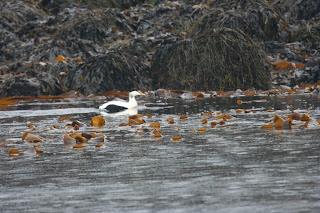 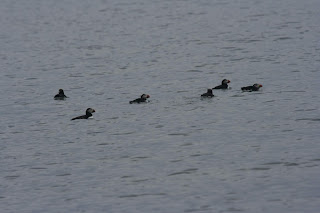 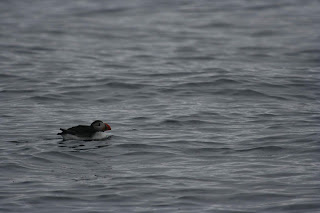 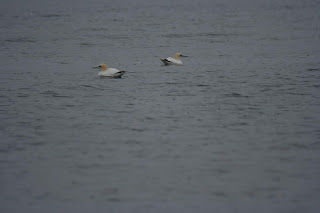 This is a Common Guillemot (aka Guillemot, aka Common Murre in the US) 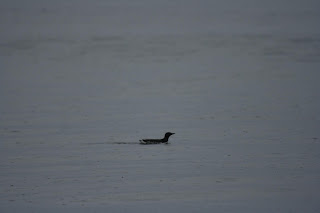 There's a view of the city; you can see the Hallgrimskirkja on a hill. 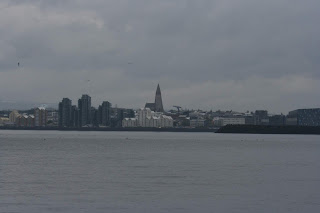 A different picture of the Northern Fulmar. 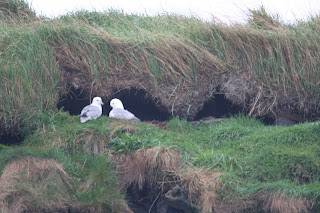 And finally, more Atlantic Puffins!  On land, even. 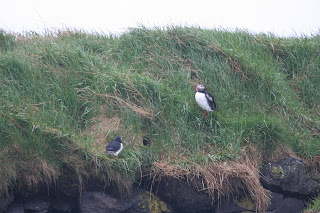 This concludes my catching up on tourism.  Soon to come: big changes in my life.
Posted by Bardiac at 2:21 PM