I picked up my Mom for a road trip from Oregon to the Great Northwoods on a Sunday afternoon at the train station in Vancouver, WA.  (I was staying south of Portland, OR, but my Mom figured that Vancouver would be easier for me to negotiate, so went there.  She was probably right, though I think I could have managed to find a train station in Portland, too.)

Anyway, the train track from the south into Vancouver comes over a swing bridge.  That means it turns the track sideways to let vessels use the river freely, and then turns it 180 degrees when the train is coming to use it. 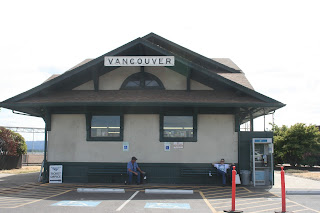 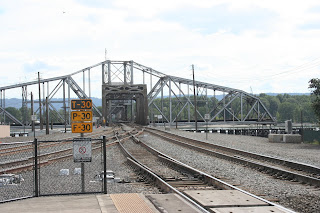 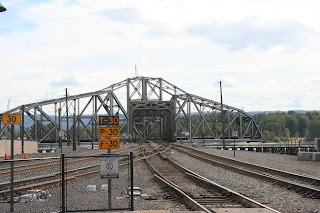 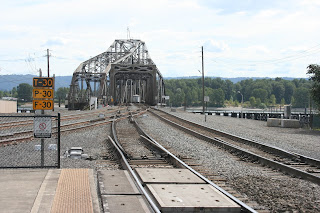 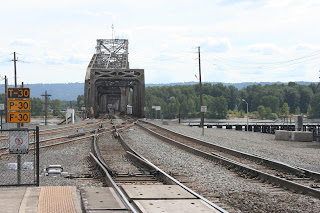 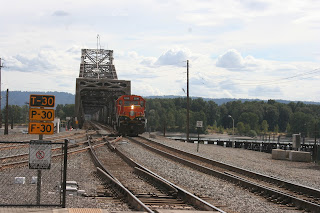 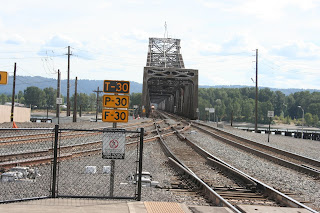 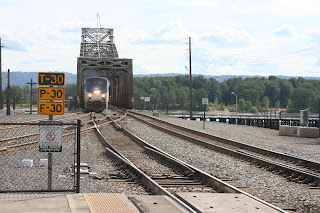 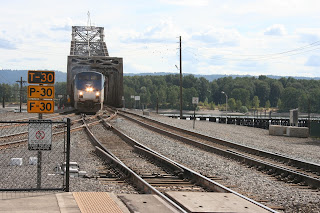 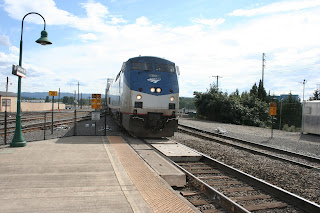 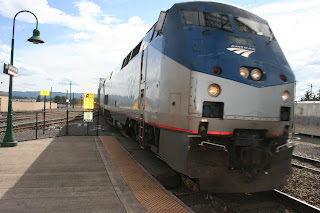 There's something wonderful about a good train station, a quiet excitement, maybe.  I wish we'd put more money into encouraging people to commute by train, into high speed rail, and so on.  (But there are areas where that's not practical because of the distances, I realize.)

I read an article recently arguing that we should turn the Interstate Highway system over to states, and encourage them to make toll roads and such so that people will commute by train or carpool instead.  It read like the author hadn't ever seen the Midwest.  I hate toll roads.  I grew up in an area dominated by bridge traffic, and there's always a snarl.  And the snarl is multiplied by the toll booths.  Why would you add them just to add them?

How about, instead, we raise income taxes progressively and use the money for infrastructure, including, where possible, high speed rail?  If people can get from point A to point B in half an hour by train instead of three hours by car, and they can afford it, and it runs at the times they need to commute, they'll take the train.  (And the system needs to be designed so that it doesn't punish people who work night shifts.)

We drove up the Columbia River Gorge.  My dog, but that's a beautiful area!  More on that, tomorrow.

Meanwhile, I'm known as "The U Turn Queen."  Mostly by myself.  I just seem to need to make U turns fairly often.  So I noticed when I saw this airplane contrail of a U turn!  I wonder what that was about? 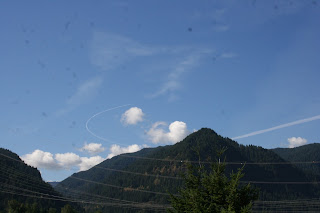 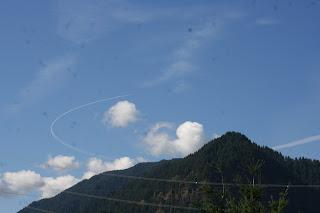 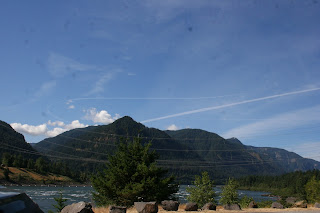 Email ThisBlogThis!Share to TwitterShare to FacebookShare to Pinterest
Labels: travels